Growth hormone (GH) plays a role in the regulation of the hematopoietic system, which is involved in the normal differentiation and function of blood cells. GH increases plasma erythropoietin (Epo) levels and Hb in adult growth hormone deficiency (GHD) patients. It also increases plasma granulocyte colony stimulating factor (G-CSF) levels and neutrophil counts in adult GHD patients. Another study in GHD patients treated with GH showed that the treatment significantly increased erythrocytes, Hb and hematocrit and resulted in recovery of anemia (in childhood in typical GHD patients) without affecting the leukocyte or platelet count.
As a result, these data show that GH plays a positive role in the hematopoietic system, similar to that played by G-CSF. Circulating G-CSF levels are significantly lower in GHD than in non-GHD children, but in a study in GHD children, the number of red blood cells, Hb and hematocrit values ​​increased significantly after 1 year of GH treatment. Interestingly, unpublished data obtained indicate that short-term administration of GH exerts the same effect on the hematopoietic system as G-CSF in 12-year-old Beagle dogs. 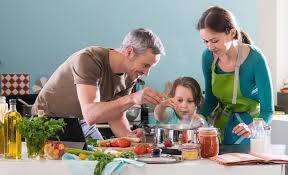 GH plays an important role in hematopoiesis. This is why untreated GHD patients show a deficiency in the number of red blood cells, Hb, and hematocrit. Curiously, plasma levels of EPO and G-CSF were also reduced in these patients. GH administration normalizes these deficits (blue arrow) and raises EPO and G-CSF plasma levels. GH is expressed in cells of the immune system, as well as by IGF-I and its receptor IGF-IR. There is also expression of GHRH, but its role in these immune cells is unknown. As a result, these expressions contribute to the enhancement of immunity, and GH in particular enhances the growth, survival, and production of cytokines of lymphocytes. Therefore, Endocrine GH induces the activation and maturation of dendritic cells, which are antigen presenting cells.
GH has been hypothesized to have a powerful effect on the immune system in recent years. The production and effect of GH derived from the immune cell is now well known, although its important role in immunity is still elucidated. The cells of the immune system express GH, GHRH, IGF-I and its receptor, which play a role in immune function through autocrine / paracrine and intracrine pathways as well as endocrine pathways. The intracellular action mechanisms of GH derived from the immune cell are not well known. However, for example, GH supports the maturation and activation of dendritic cells that participate in the immune response of the organism as antigen-presenting cells.
There is GH production in lymphocytes, and this GH is important for lymphocyte growth, survival, and cytokine production. Thus, lymphocyte GH may be an important mediator of cellular immune function mediated by the TH-1 pathway. Lymphocyte GH, IFN & # 947; with little positive effect on IL-10 production. it seems to stimulate its production. Rat lymphocytes were treated with a specific GH antisense oligodeoxynucleotide. In the treatment performed, it reduced the amount of synthesized lymphocyte GH and also reduced lymphocyte proliferation, which confirms the production of the hormone by lymphocytes by noradrenaline and cortisol and its effects on these inhibited cells. However, it is likely that some of the effects of lymphocyte GH are due to the production of IGF-I caused by GH. In fact, IGF-I has also been found in lymphocytes, and studies using neutralizing antibodies to GH show that the number of cells positive for IGF-I is reduced by a factor of two. This indicates that endogenously produced GH induces IGF-I production by lymphocytes. As a result, lymphocyte GH appears to act like an intracrine hormone. Overexpression of GH in a lymphoid cell line lacking GHR has been shown to reduce superoxide production, increase nitric oxide production, IGF-I and IGF-IR expression, resulting in protection from apoptosis. Also, the mechanism likely involves an increase in BcL-2 production.
Ultimately, there appears to be a complex intracrine / autocrine regulatory circuitry for leukocyte-derived GH and IGF-I production and function within the immune system. Therefore, this circuit can meet local tissue needs for these hormones regardless of the pituitary or liver, without disturbing the homeostasis of other organ systems. For example, cells of the immune system will recognize the association of bacteria, viruses and tumors as an oxidative stress event and signal the release and transport of GH or different GH isoforms and GHR produced into the cytoplasm into the nucleus. Once in the nucleus, GH-GHR will be free to influence transcriptional responses to the stress event and defend the cell against oxidative damage. The results of a study by Weigent support the notion that changes in cellular redox state affect intracellular levels of lymphocyte GH, which can exert effects on elements that mediate the oxidative stress response.
A very recent study of children with GHH shows that GH therapy leads to some positive changes in cellular and humoral immune profiles. These data are similar to previous results after GH therapy in adults with childhood GHH and older studies in idiopathic short children treated with GH. However, as other studies did not show changes in immunity, children with BSH were found to have function or immune parameters after treatment with hormones.

Untreated GHD is often associated with reduced metabolic inflammation when GH therapy is given. However, systemic inflammatory conditions such as inflammatory bowel diseases (IBD) can stimulate GH resistance because the inflammation negatively affects the GH signal. GHR is expressed in the gut to respond to the GH signal, improve intestinal barrier function and mucosal healing. STAT5b, an important mediator of GH effects in cells, maintains colonic barrier integrity by modulating the survival of colon epithelial cells. This was reported to be the reason for increased susceptibility to developing colitis in a study of STAT5b-deficient mice. Additionally, GH increases epithelial proliferation. However, GHR expression in the colon is reduced in patients with ulcerative colitis, which helps develop resistance to the beneficial effects of GH on the function of the gut barrier. Based on these data, GHD patients are likely to suffer from intestinal dysfunctions. An example of this may be the relatively high prevalence of GHD in children with celiac disease, but this disease is a genetically determined gluten sensitive enteropathy. As analyzed throughout the reviews, GH and its mediators play a very important role in practically the whole human organism from early stages of development. This role goes far beyond classical concepts that attribute only a metabolic role to the hormone and an effect on longitudinal growth. In addition to pituitary production of GH, which functions as an endocrine hormone, there is an autocrine / paracrine and even peripheral production of GH that acts in intracrine in the cells that produce it. As a result of its physiological effects, the lack of GH or its receptor leads to very significant effects.
As a result, GH replacement therapy improves the emotions and quality of life that occur in GHD patients. GH secretion gradually decreases from the age of 20 to the age of 50 until it is practically undetectable. Therefore, most age-related diseases and poor quality of life are likely to occur as a result of the absence of this hormone. In some cases, GH acts in coordination with other hormones. Therefore, it should be considered as a co-hormone in order to fulfill some of its effects.