Brain death has specific implications for donating several potentially life-saving organs. In the last decade, awareness of the maintenance of brain deaths has increased, with progress in the field of transplantation. The diagnosis of brain death is clinical and can be confirmed by apnea test. Ancillary tests may be considered when the apnea test is incomplete or inconclusive. Spinal reflexes may be present and should not be confused with a diagnosis of brain death. Adequate care for the donor targeting hemodynamic indices and lung protective ventilator strategies can improve graft quality for donation. Hormone supplementation using thyroxine, antidiuretic hormone, corticosteroid, and insulin has been shown to improve post-transplant outcomes. India still ranks low in deceased donations compared to the rest of the world. The creation of organ sharing networks supported by governments has shown a significant increase in the number of donors who die, primarily by raising awareness of donor care and providing protocols. Brain death is the cessation of cerebral function in which the immediate cause is known and thought to be irreversible. The American Neurological Association (AAN) has defined brain death as three main symptoms, brainstem, coma or cessation of brain function, including unresponsiveness and apnea. There is no global consensus on the criteria for determining brain death and there are significant differences in the tests used. In many countries, including India, the diagnosis of brain death is made after the mandatory criteria are met and through apnea testing. It is a safe technique for documentation. Also, while the rate of donor organ donation in India is only 0.26 per million, the US is far ahead at 25.6 per million, the UK at 18.3 per million and Spain at 32 per million.

Except for spinal-mediated reflexes in clinical tests for brain death, it is the absence of response to harmful stimuli such as pressure on the eye or pressure on the nail bed, ie coma. In addition, the absence of brainstem reflexes, a formal evaluation of brainstem reflexes are performed when the patient’s pupils are dilated and the cranial nerve reflexes are constant for a maximum of 4 hours. However, the purpose of the apnea test is to check the integrity of the brainstem respiratory center at high blood carbon dioxide levels. Prerequisites are normothermic, free from sedative and paralytic substances, hemodynamically stable, oxygenation normal and PACC2 close to normal. After the donor leaves the ventilator, oxygen is injected at 6.0 L / min through a catheter placed at the level of the carina. Then, breathing movements are checked 8-10 minutes after the disconnection. For example, an increase in carbon dioxide partial pressures (PACO2) by 3 mmHg / min results in an increase of baseline 24 mmHg within 8-10 minutes.
A Paco has no breathing motion, the test is considered positive and the PaCO2 is higher than the basal level of 20 or 60 mmHg. Documentation of brain death is obtained after a second apnea test, but this timing may vary between countries. In the US, changes to previous guidelines recommend that apnea testing be performed after the appropriate time has been given to confirm the absence, brain recovery, and the use of only one apnea test. In India, the apnea test needs to be repeated after a 6-hour interval and approved by four doctors, one of whom is a neurologist. In addition, the time of death determined is the time when PaCO 2 reaches the target value during the second apnea test. Also, the increase in intracranial pressure (ICP) that accompanies brain death separates the rostral part beyond the second cervical spine and does not compromise blood flow to this area. Diagnosis of this brain death can explain even after complex motor movements at the spinal cord level. 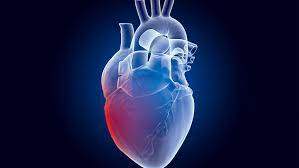 Heart lung block transplant surgery has been done less frequently over the years. However, there are still selected indications for this and it is necessary to know how it is done. The procurement surgeon performs assessments for both the heart and dual lungs and supervises physiological and anatomical assessments for both heart and lungs. Cardiac evaluation is performed in a standard way by palpating the coronaries, examining the aorta, evaluating the right atrium and pulmonary artery, and checking if there is any palpable condition. It is thoroughly investigated for bruising and any evidence of trauma noted. Any injuries that could affect implantation should be discussed comprehensively with the team. Once the assessment is complete and the heart is judged to be good for transplantation, continue to evaluate the lungs in a standard way. Bronchoscopy, ventilation mechanics, 2 and PEEP 5 cmH 2 O are used in the evaluation.
As soon as all teams are ready, heparin is applied to the donor, the aorta is cannulated and PA cannulation is monitored shortly after. However, it is important that the pulmoplegia (perfadex) be kept no more than 30 cm away from the table, thus allowing it to work with gravity. When ready for cross clamp, prostaglandin is injected into the pulmonary artery (PA) and the heart is ventilated through the left atrial appendage. A key difference from the dual lung supply is that there is no retrograde flush and only one anterograde flush is performed. The superior vena cava (SVC) is caught above the level of the azygous vein and the azygous vein is tied earlier. Also, the inferior vena cava (IVC) can be partially cut at an agreement with the liver team. It is wise to wait patiently for the heart to drain and then cross-clamp the ascending aorta just below the innominate artery, and the aorta should be clamped while the heart is still coming out. After that, cardioplegia infusion should be initiated, at the same time measuring the aortic root pressure and waiting for the heart to stop before starting pulmoplegia.
As soon as flushing begins, the heart, lungs and the entire pleural space are closed with ice. Meanwhile, it should be kept in mind that the heart is not stretched, the aortic root is intact, the left ventricle (LV) is soft, and of course the LA extension is sufficiently emptied. Lung surfaces should be looked at to see that they are evenly whitened. The anesthesiologist should be asked to reduce FiO 2 by 50%, and the lungs should be ventilated for the proper distribution of pulmoplegia to everyone with the lobe and again, it should be made sure that the LV is not stretched. However, lifting the heart should be avoided so as not to cause aortic regurgitation. In the case of hypertrophied LV, there should be a spare cardioplegia bag. To prevent heart attack, either the root should be kept taut with additional cardioplegia, or the aorta should be crossed and a yonkaeur suction tip inserted until the end of the pulmoplegia. After cardioplegia and pulmoplegia, the pulmoplegia cannula is removed and the purse string suture is fixed. Similarly, the cardioplegia cannula is removed and the suture fixed according to institution preference. Then the inferior vena cava transection is completed, and then the ascending aorta is cut as high as possible. The lower pulmonary ligaments on both sides are divided and the division of the posterior pericardium is completed. It is important to hold the nasogastric tube so that it can palpate and the esophagus does not contaminate the mediastinum. It should be ensured that the anterior part of the esophagus is examined, the azygous vein level is reached, and then the azygous vein is divided. For the last steps, the trachea should be turned as high as possible, the endotracheal tube is withdrawn after several recruitment breaths, and the trachea is stapled to 60% of the tidal volume. Next, divide the SVC as high as possible near the innominate vein junction, taking care not to keep a piece of central line as the SVC is cut. It is important not to have more than 60% of the tidal volume to prevent barotrauma. Heart-lung block is given to the back table and rapid examination is made for iatrogenic injuries. The heart-lung block is then filled with heart solution and sufficient solution must be available to cover the entire block. The inner bag contains only the preservative solution, while the second and third bags have ice ice. The heart-lung is then appropriately labeled and packaged in the cooler for shipping. It is important to inform the implant surgeon how the harvest was done and inform him of any iatrogenic injuries and the need to repair the left atrial appendage ventilation site.