Regulatory T cells (Treg) are considered the effector cellular arm of immune tolerance. There has been an ever-increasing interest in Treg for cellular properties and medical applications since Kojima’s (1976) first publication. Tregs, along with their unique suppressor phenotypes, express a wide range of molecules that reflect their relevance to the T-cell population and are widely applied in research and medical applications. Similar to conventional T cells, cd45ra can be recruited into new thymic migrants (cd31), activated (hla-dr), etc. They can be distinguished as naive and memory based on their expression. Its distinguishing feature is the expression of the transcription factor foxp3, which regulates several genes and increases the expression of Tregs while controlling the transcription program.
Foxp3 is so tightly regulated that the stat5 signaling pathway is probably key. It can be said that this is a two-step process, because it starts with the creation of cd25 hi but foxp3–Treg precursors, followed by induction of foxp3 via hdac-containing cytokine/stat5-dependent signals. Blocking the JAK/stat pathway downregulates foxp3 expression. In addition, a number of studies show that the maintenance of Tregs suppression function is dependent on epigenetic regulation of the foxp3 locus by polycomb repressor complex 2 (prc2). PRC2 is mainly composed of four subunits as promoter of zeste homolog 2 (EZH2), EED, SUZ12 and RbAp48, furthermore EZH2 is of particular interest here. The function of EHZ2 differs between different T cell populations, leading to changes in H3K27me3 levels and silenced genes. EZH2 deficiency in FoxP3 negative cells is associated with autoimmune diseases, decreased Treg count and expansion of memory T cells.
The periphery origin of Tregs is still a hot topic, and clear evidence indicates that a subset of Tregs – thymic Tregs (tTregs) come directly from the thymus during the intrathymic maturation process of T cells. Their selection occurs predominantly in the medulla during negative selection with high avidity interactions between mTECs and thymocytes, although some studies indicate that the process begins earlier in the cortex. Under specific conditions such as increased TGF-concentration, hormonal changes, or sustained antigenic stimulation, Tregs can arise from naive CD4+ T cells in the periphery, inducible Tregs (iTregs). 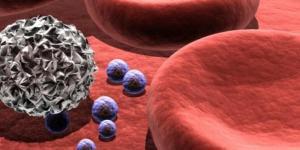 Whatever their origin, Tregs are potent immunosuppressants, and both subsets use a variety of approaches to regulate the strength of the immune response. Briefly, they rely on the expression of certain molecules, secretion of cytokines, and consumption of IL-2, and can be categorized as contact-dependent and contact-independent. Early studies showed that the contact-dependent pathway is mediated by the constitutive expression of CD152 (CTLA-4) by Tregs. Binding of the CD80 and CD86 pathway activates tryptophan catabolism and indolamine 2,3 dioxygenase (IDO) expression. Another mechanism involves PD-1/PD-L1 and acts against both autoreactive B cells and T lymphocytes.
Using alloreactive human T cells and blocking antibodies, Dilek et al. demonstrated that CD28, CTLA-4 and PD-L1 differentially control rate, motility, and immune synapse formation in Teff activated against Tregs, as evidenced by live-cell dynamic microscopy. proven. Although natural, its expression on the surface of Tregs is inducibly increased, resulting in negative regulation of signaling cascades mediated by different receptors in target cells. Thus, Tregs directly attenuate cellular proliferation and activation. The second line is facilitated by the generation of different soluble factors upon activation, some of which are as follows:
• Immunosuppressive cytokines,
• IL-10, TGF-b, IL-34 v and IL-35,
• Perforinler,
• Granzimler,
Tregs are proinflammatory TNF-α It should also be taken into account that it is the target of cytokines such as The exact effect needs to be determined precisely because the available data are controversial. Valencia et al demonstrated that treatment with anti-TNF antibody (infliximab) increased FOXP3 mRNA and protein expression by CD4 + CD25 hi Tregs and restored their suppressive function. Next, Chen et al show that upon in vitro activation by plate-bound anti-CD3 Ab and soluble anti-CD28 Ab, Foxp3 expression is significantly downregulated by highly purified mouse Tregs. TNF partially abrogates this effect and stabilizes Foxp3 expression because this effect of TNF can be blocked by anti-TNFR2 Ab but not by anti-TNFR1 Ab. In any case, the role of TNF-a needs further investigation, as TNF-a plays an important role in inflammatory reactions in which Tregs are expected to be involved.
After activation, effector T cells produce IL-2, which stimulates the proliferation of T cells and the expansion of the immune response. Also, Tregs are distinguished by high CD25 expression. These facts suggest that Tregs need IL-2 for survival. Tregs placed in an activated medium can compete with effector cells and consequently lower IL-2 levels in the medium. In fact, this is the third approach Tregs take to reach a state of suppression. Regulatory T cells implement all of the above-mentioned approaches for establishing an immune-tolerant environment. Yet there is no evidence of the mechanism favored by nTregs or iTregs. Similarly, despite the abundance of data, no specific mechanism can be attributed to a particular pathological condition. Presumably, the way Tregs works depends on the fine-tuning of T-cell receptor-antigen recognition and interaction, target cell characteristics, and cytokine spectrum in the surrounding environment.

Establishing immune tolerance after solid organ transplantation (SOT) is the main therapeutic challenge in the postoperative period. In most cases, it is induced by continued administration of immunosuppressive therapy. However, in some patients comes the discontinuation of the regimen due to infections, cancer, etc. Surprisingly, changes in immunological parameters were found in some cases, indicating that an immune tolerance state has developed despite the absence of immune suppression. This particular condition is defined as operational tolerance and is characterized by the absence of any clinical and histological signs of rejection in patients without therapy. Operational tolerance (OT) is reported after transplantation of different solid organs, but is common in LT. The tolerogenic properties of the liver and resident lymphocytes are thought to play a key role in this process.
The exact mechanisms have not been fully elucidated, but intensive research highlights that this is due to multiple factors. These include regulatory T cells, specific gene expression profile, and serum levels of HLA-G. Regulatory T cells are the first parameter associated with OT and increase in patients with spontaneous tolerance, regardless of the age of the recipient. According to the study of Koshiba et al, not only is the proportion of CD4 + CD25high + T cells increased in peripheral lymphocytes of tolerant patients and specifically suppresses MLR to donor antigen. Cells expressing FOXP3 are also present in tolerant liver. Pons et al describe a sustained increase in CD4 + CD25 + and CD4 + CD25 hi cells in patients with operational tolerance at bimonthly assessment intervals up to M16 compared with patients without OT.
Interestingly, a certain dynamic is shown in LT Tregs. In one of the early studies, pretransplantation levels of Tregs were higher in patients than in controls. The lowest levels were observed at 3 months after Tx, followed by a relative increase at 12 months and later time points. The real question is why are these cells elevated in recipients? In fact, reports discussing this issue in the literature so far are scant. A detailed study by Demir Kıran and his team examined the presence and allosupressive activity of CD4 + CD25 + Foxp3 + Tregs in perfusates of human liver grafts.

In this review, they monitored the presence of cells in the circulation of recipients after liver Tx. The researchers show an increased proportion of CD4 + CD25 + CTLA4 + T cells compared with healthy control blood. Increasing percentages of Foxp3+ cells negative for CD127 confirmed enrichment of Tregs in perfusates. They suppressed proliferation and IFN-production of donor and recipient T cells. In the first weeks after Tx, up to 5% of CD4 + CD25 + CTLA4 + T cells in recipient blood were obtained from donor liver in vivo. A significant number of donors show that Treg leaves the liver graft during perfusion and continues to migrate to the recipient after Tx.
These donor Tregs suppress direct pathway allorespons and in vivo may contribute to chimerism-related tolerance early after liver Tx. In one study, a selection was found in the percentage of Treg at day 7 (D7), followed by a decrease until D30 was always around and above the healthy control values, regardless of diagnosis or age. Simultaneous routine measurement of liver function laboratory parameters determined that the increase in Tregs precedes the restoration of albumin synthesis. In another study, Baumann and colleagues found evidence that the benign clinical course of subclinical rejection (SCR) compared to acute clinical rejection (ACR) is associated with intrahepatic T-cell infiltration patterns with fewer cytotoxic T cells and more CD4 + FOXP3 + Tregs. We show that the pattern of infiltrating T cells in patients with SCR is characterized by a stronger CD4+ accumulation, an increased CD4+/CD8+ ratio, and an increased CD4+ forkhead box P3 (FOXP3)+ regulatory T cell (Treg)/CD8+ ratio. In addition, these intrahepatic T cell patterns were not reflected in the peripheral blood. Cumulatively, these data suggest the presence of a certain type of cellular chimerism associated with liver transplantation.
Chimerism is a special phenomenon characterized by the presence of cells from one individual to another. Microchimerism has been reported in hematopoietic stem cell transplantation as a result of migration of passenger lymphocytes from the graft to the recipient and during pregnancy (fetus). In addition, microchimerism in SOT was first described in mice. Among the numerous reports of donor mononuclear cells migrating from the graft in the recipient, Jonsson and his team found that the highest levels of chimerism are within the first 48 hours after transplantation, with the range reaching 20% ​​of total peripheral blood mononuclear cells.
In a short and very interesting review, Abrol and colleagues hypothesize that increased chemokine expression in the liver attracts alloreactive T cells that are subsequently destroyed by contacting a variety of liver cells naturally programmed for tolerance induction. There was no change in donor-specific hyposensitivity, down-regulation of T helper type I cytokine (IFN-β) and T helper type 2 cytokine (IL10). Mixed lymphocyte reaction has also been reported in recipients who have achieved operational tolerance in vitro. Indeed, this topic needs further work towards detailed evaluation of different cellular subsets. Possibly, Tregs may be part of passenger leukocytes or may be secondary induced by the modified hepatic environment.