Frankia are filamentous nitrogen-binding Gram-positive actinobacteria that have symbiotic relationships with free-living microbes and actinorhizal plants in the soil. These bacteria fix nitrogen by converting atmospheric N2 into biologically beneficial ammonia and a host plant source with a low nitrogen source. Frankia is developmentally complex, also generating three cell types as vegetative hyphae, spores found in sporangia, and vesicles. The hyphae are separate structures and form the growth state of this microbe and under appropriate conditions, terminal or intercalar multilocular sporangia are produced. It also contains many spores and is assumed to help the spores survive and disperse while they are released from the sporangia when they mature. Vesicles are produced under nitrogen-limited conditions and consist of unique lipid-enveloped cellular structures that contain enzymes responsible for nitrogen fixation. Thus, the vesicles function as special structures for the nitrogen fixation process. Frankia can establish symbiotic nitrogen-fixing relationships with more than 220 woody dicotyledonous plant species found in eight angio sperm families. Frankia allows these actinorhizal host plants to colonize nutrient-poor soil and harsh environments. Actinorhizal plants have been used to re-colonize and recycle industrial lands and environments contaminated with heavy metals and toxic aromatic hydrocarbons. The metabolic potential of these bacteria has only been investigated in the context of bioremediation.

Based on phylogenetic analysis, frankia strains have been classified into four main lineages and these are as follows:
• Members of the first line are infective in the host plants of betulaceae. Myricaceae and Casuari are families,
• The second lineage is rosaceae (rose), coriaria, datisca and buckthorn,
• Members of the third lineage are the most common and are contagious in eleagnaceae (oleander), rhamnaceae (buckthorn), myricaceae, also rarely gynmmostoma and alnus (common alder),
• The fourth lineage frankia consists of atypical strains that cannot re-infect actinorhizal host plants or form ineffective root nodule structures that cannot fix nitrogen. This genus has been greatly enhanced by ranking various species.
In line with Frankia different genomes lineage analysis, frankia genomes have revealed a new potential in terms of metabolic diversity, natural product biosynthesis and stress tolerance that can help the cosmopolitan nature of actinorhizal symbiosis.
Rhizodegradation
Among bacteria with bioremediation potential, frankia is unique in that these bacteria form symbiosis with actinorhizal plants. The effects of this property for bioremediation efforts have only recently been discovered. The most extensively studied system is frankia and alnus connectivity. Various communities of free life are strains present in soils contaminated with frankia polyaromatic hydrocarbon (PAH). These strains easily form symbiosis with alder trees, resulting in greatly improved alder condition in harsh environments. Frankia and alder symbiosis also enhances the mineralization of representative organic pollutants at oil and sand reclamation sites. Because of these features, more symbiosis has been used in breeding projects. Frankia also appears to be part of natural degradation communities. In particular, it has been found to be one of the most abundant breeds in wastewater treatment communities. Based on these findings, it appears to be an underutilized tool in holistic improvement approaches.
Triazines Deterioration
Triazines are a class of herbicides consisting of a heterocyclic six-membered ring with carbon and nitrogen atoms joined by double bonds. These herbicides have been widely used in corn, sorghum and sugar cane cultivation for the control of broadleaf and grassy weeds. Atrazine and simazine are the most common members of the s-triazine family. Biodegradation of atrazine is a complex process and depends on the nature and quantity of atrazine in soil or water. There are four main steps in its degradation as hydrolysis, dealkylation, deamination and ring splitting. For the hydrolysis step, an amidohydrolase enzyme (AtzA) cleaves the carbon-chlorine (C-Cl) bond and thus dechlorinates atrazine to hydroxylatrazine. This intermediate is dealkylated and deaminated at the ethyl and isopropyl groups by the amidohydrolase enzymes, AtzB and AtzC, to produce cyanuric acid. In addition, this product is converted into ammonia and carbon dioxide by the enzymes AtzD, AtzE and AtzF.
S-triazin Road of Destruction Frankia 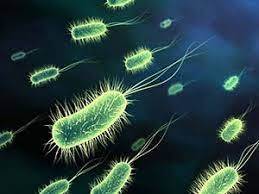 Frankia, the first two steps in atrazine degradation and their regulation of gene expression are described. Mineralization of atrazine to ammonia and carbon dioxide is usually initiated by hydrolytic dechlorination catalyzed by the enzyme atrazine chlorohydrolase (AtzA). Alternatively, this reaction is catalyzed by another atrazine chlorohydrolase (TrzN), which can also use derivatives including desethyl-desisopropyllatrazine as substrates. In its analysis, frankia genomes and candidate genes for the degradation pathway were identified. The genomes of Frankia alni ACN14a (FRAAL1474) and Frankiasp EuI1c (FraEuI1c_5874) and the amidohydrolase gene product are predicted to remove chlorine from sequential atrazine and desethyl desisopropyl atrazine for ammeline or s-triazine compounds for ammeline.
In addition, the putative birtzB gene has been identified in both Frankia genomes where the predicted gene product, adenosine aminohydrolase 3, is involved in the dealkylation reaction from N-hydroxyathraz to N-isopropylamelide. Physiological studies have shown that Frankia ACN14a and EuI1c cultures can produce hydroxyathrazine end products by degrading atrazine – desetyl-desisopropyllatrazine and N-isopropylammelide. Although the enzymes were not purified, these data clearly demonstrated the metabolism of atrazine. Analysis of gene expression is a predicted LysR type transcriptional regulator of two genes frankia ACN14a, trzN and atzB, the atzR gene.
Bioinformatics analysis has revealed a potential full pathway for the frankia genomes, frankia sp and EuI1c genome atrazine degradation. TheatzC has the gene encoding a putative amidhydrolase enzyme and the isopropyl group from atrazine to produce Ncyanuric acid. In other bacterial systems, cyanuric acid is hydrolyzed to ammonium and carbon dioxide. In Frankia, the EuI1c, atzD gene product is predicted to spontaneously convert cyanuric acid to carboxybiole, which is decarboxylate to biuret. Hypothetical atzE and atzF genes are also expected to complete triazine mineralization by converting frankia EuI1c genome and gene products, biuret to allophanate and ammonia plus carbon dioxide. In addition, the gene encoding a trzR GntR family transcription regulator plays a role in the atzD gene and its expression.

Biphenyls and polychlorinated biphenyls (PCBs) are some of the most stubborn xenobiotics found in the environment. While the degree of chlorination varies greatly between PCBs such as their position on carbon atoms, they range from 1 to 10. Since the mid-1980s, the use of PCBs has been phased out in many countries. However, due to their toxicity, persistence in the environment, and potential carcinogenicity, they are still a major global environmental problem.
Bacteria produce the cleavage pathway bphoperon, whose biphenyls and PCBs are encoded by the meta, and intermediate tricarboxylic acid and chlorobenzoate (CBA). The first enzyme in this pathway is large a and small & # 946; It is biphenyl dioxygenase, a multimeric complex of subunits, ferredoxin and ferredoxin reductase subunits. The decomposition process is initiated by biphenyl dioxygenase, which combines two oxygen atoms at the 2 and 3 carbon positions of the aromatic ring to form hydroxyl groups. For the degradation of PCBs, biphenyl dioxygenase catalyzes the initial 2,3-dioxygenation and dihydrodiol dehydrogenase converts the product to 2,3-dihydroxybiphenyl. The 2,3 dihydroxybiphenyl dioxygenase enzyme breaks down the dihydroxylated ring to produce 2-hydroxy-6-oxo-6-phenylhexa-2,4-dienoic acid (HOPDA). A hydrolase enzyme then hydrolyzes HOPDA to benzoic acid and 2-hydroxypent α-2,4-dienoate. These enzymes are hypothetically capable of oxidizing and hydroxylating benzene rings, also known as the upper meta-cleavage pathway. It shows the gene neighborhood of biphenyl degradation genes and these genes are also frankia strain EUN1f and Dg1 genomes. Both the meta-fragmentation upper and lower pathways are usually the bph operon in some other PCB-degrading bacteria. The rhodococcus RAH1, a species closely related to frankia, uses bph homologous genes to those found in frankia to metabolize PCBs as a single carbon and energy source. If at least two genes and short chain dehydrogenase / reductase bph operon is upregulated in the presence of frankia biphenyl, it likely uses bph biphenyls to metabolize frankia operon and PCBs.