Gyroscope is a kind of angular velocity measuring device that can precisely determine the direction of moving objects. Although it was first used in navigation, it later became a widely used instrument navigation tool in modern aviation, aviation and national defense industries. Fiber optic gyroscope (FOG), a vital representative of the gyroscope, has advantages in terms of compact structure, high sensitivity and high environmental compatibility. FOG is widely used in many areas and is also an essential component of modern navigation devices. 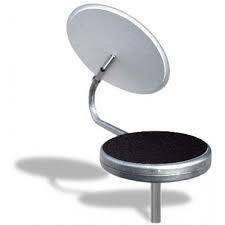 According to the working principle of the gyroscope, it can be divided into classical mechanical based gyroscope and modern physics based gyroscope. Based on the different angular velocity environment of the precision carrier relative to the inertial space, gyros can be categorized into engineering rotor gyroscopes, optical gyroscopes, magnetohydrodynamic gyroscopes and atomic gyros. The most common rotor gyros include liquid floating gyros, dynamically tuned gyros, electrostatic gyros, and vibration gyros. Optical gyros include laser gyros, fiber optic gyros, and micromachined gyros, engineered MEMS gyros.

A set of criteria should be formulated to analyze and evaluate the gyroscope’s overall performance and to provide reference to its application. Generally, the main indicators of gyroscope performance are scale factor stability, drift stability, random walk, range and cost etc. According to these indicators, gyros are divided into four categories and they are as follows:
Strategic level,
Inertial navigation level,
Tactical level,
• Commercial level,
Different gyroscope technologies have their applications and requirements. Almost half of the high performance gyroscope market is covered by national defense applications, while commercial aviation accounts for 25% of the market. Today, there are mainly two mature optoelectronic technologies in these two market areas: ring laser gyroscopes based on the Sagnac effect (RLG) and fiber optic gyroscopes (FOG).

FOG was first proposed in the 1970s and has been studied. Its later appearance paved the way for the research of all solid state sensors. It was originally thought to be devoted to intermediate applications, but over time there has been a series of outstanding achievements in theoretical research and engineering. Today, the FOG has reached a strategic level of performance and surpasses the ring laser gyroscope in terms of yaw noise and long-term stability. Its advantages are becoming more pronounced and its application areas more comprehensive. It has gradually become the main development goal for every country. 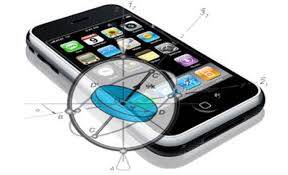 In 1913, the French physicist G. Sagnac introduced a new theory through a significant amount of experimentation. The phase shift of the two beams propagating along the closed optical path is proportional to the normal entry angular velocity of the closed optical path, and this is the sagnac effect. The successful application of inertial navigation technology during World War II made FOG more difficult. In the early inertial navigation system, the sensor system used a stable platform. With the advancement of science and technology and the emergence of the artificial satellite, people introduced the concept of floating inertia navigation, with the characteristics of simple structure, small size, light weight, low cost and easy maintenance. That’s why sensitive devices are becoming more and more demanding.
Gyroscopic technology developed rapidly after World War II. In 1963, the SePoy Gyroscope Company made a breakthrough in the field of optical gyroscopes. The first experiment demonstrated the ring laser gyroscope. Since then, after nearly 20 years of efforts, the inertial ring laser gyroscope has become practical. In 1983, Honeywell’s ring laser gyroscope was installed in the air-down inertial navigation system of the new passenger aircraft Boeing 767 and 757. The rapid development of optical fiber communication, fiber optic and laser technology spurred the further development of the Sagnac interferometer-based optical rotation sensor. In the mid and late 1970s, a new type of optical gyroscope called fiber optic gyroscope emerged.
Scientists Macek and Davis verified the accuracy and feasibility of ring laser gyroscopes in 1963. In 1967, French physicists G. Pincher and G. Herpner proposed the hypothesis of using optical fibers in gyroscopes. In 1976, American scientists Victor Vali and Richard W. Shorthill tested the hypothesis of G. Pincher and G. Herpner, which symbolizes the transition from the theoretical phase to the practical phase of FOG. In 1978, McDonald Company developed the first practical FOG, and in 1980 Bergh and his team produced the first all-fiber-optic gyroscope test prototype, causing the FOG to become a big step towards practicality. In the mid-1980s, the interferometric fiber optic gyroscope was successfully developed.
The development and application of the optical gyroscope is an important milestone in the history of inertial navigation technology. FOG has a great value in the military field due to its remarkable advantages, flexible structure and wide application possibilities. It attracted the attention of universities and scientific research institutions in many countries of the world and invested a lot of energy in research. In the late 1980s and early 1990s, FOG technology was widely used. Its sensitivity was improved in four orders of magnitude and the angular velocity measurement accuracy was increased from the first 15 ° / s to 0.001 ° / hour.

FOG development can be roughly divided into three generations and these are as follows:
• İnterferometrik FOG,
• Resonant FOG
• Stimulated Brillouin scattering FOG, 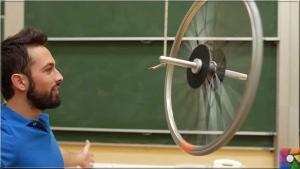 FOG is based on solid state technology of fiber optic communication. It should be noted that with proper design and components, FOG performance is reproducible in production even for high performance terminals. Specifically, FOG has its main components and they are as follows:
• AAA, an advanced broadband source based on EDFA technology, has a wavelength of 1550 nm. Wavelength stability can be achieved by internal spectral filtering with fiber Bragg grating.
• Polarization protecting fiber optic coils (hundreds of meters at mid range and kilometers of high quality).
• Linbo3’s integrated optical circuit with electrodes is used to generate phase modulation and provide good polarization selectivity through the proton exchange waveguide.
• A fiber optic coupler (or circulation device for higher return power) to transmit signals to the detector light returning from the common input-output port of the interference meter.
• Analog to digital (A / D) converter for sampling detector signals.
• Digital logic electronic device that generates phase modulation and phase feedback via a digital-to-analog converter.