When the fiber optic gypscope is working; When the entire system rotates, two beams of light emitting in the opposite direction produce a phase difference and the interference intensity changes. Interferometric FOG can calculate rotational angular velocity based on the density change detected by an optical detector. The light emitted by the light source is split into two identical beams by the beam splitter emitted in a closed optical path, respectively counterclockwise and clockwise, and the two beams block the beam splitter.
If the closed optical path does not rotate relative to the inertial gap, the two rays pass through the same path and the phase difference is zero. If the closed optical path has a rotational angular velocity with respect to the inertial space, the two rays experience different paths with a slight optical path difference. At the same time, the two rays have a phase difference, which is the Sagnac effect. IFOG uses the Sagnac effect to measure the angular velocity of rotation. Interferometric FOG is actually a Sagnac interferometer.

Excited Brillouin scattering occurs when the intensity of light transmitted in the fiber ring reaches the threshold level. The frequency of the scattered light changes according to the rotational angular velocity of the fiber ring due to the effect of the Sagnac effect. The rotational angular speed of the optical fiber ring can be obtained by detecting the frequency of the scattered light produced by CW and CCW light and beating the frequency. The stimulated Brillouin FOG is a gyroscope consisting of a Brillouin laser. It is an optical product of Ring Laser Gyroscope (RLG). When the incident light intensity exceeds the Brillouin threshold of the optical fiber due to the electrostrictive effect, it produces a moving acoustic wave in the optical fiber.
The presence of this moving acoustic wave causes the induced Brillouin scattering (SBS) to occur. When two pumped beams (P1 and P2) simultaneously hit the ring resonator in the opposite direction, two Brillouin beams (B1 and B2) opposite the pumped rays are produced. If the ring resonator is fixed, the two Brillouin beam frequency difference is proportional to Dn. Two Brillouin beams are photosynthesized and pulse frequency is created. The rotation speed of the optical fiber resonator can be obtained by measuring the pulse frequency Dn. Fiber optic gyroscope has some features and they are as follows:
• All solid state integration, the device is solid, stable, strong, resistance to shock and acceleration.
• Optical path is increased by the fiber optic ring, detection sensitivity and resolution increase by several orders of magnitude compared to laser gyroscope. In this way, the locking problem of the gyroscope is solved effectively.
• Without mechanical moving parts, there is no wear and tear problem, so it is long-lasting.
• Coherent beams have very short propagation time and, in theory, can start immediately.
• Easy to adopt integrated optical technology, the signal is stable and reliable. It can be digitally printed out and connected directly to the computer interface.
• It has a wide dynamic range.
• It has a simple structure, low price, small volume and light weight.
While FOG has many advantages over other gyros, it still has some shortcomings due to its flawed technology.

FOG has different development and research status in different countries and has its own characteristics. The United States of America, Japan, France, Germany, England and China are FOG’s major developing countries. While Europe and the United States have obvious advantages in high precision FOG research and development, Japan places more emphasis on the commercial application of low precision FOG. China and other countries also attach great importance to the research and promotion of FOG. The United States is a pioneer in developing and implementing FOG. Contractors, universities, and government agencies develop key technologies such as Litton, Honeywell, KVH, Norhrop Grumman and the Draper Laboratory. These companies are mainly engaged in high-precision FOG research and development, serving the US military and aviation departments. They have also done a very good job in the development and production of FOG. Today, many types of FOG have been introduced in the United States.
Japan is also a major country in FOG’s research and production. Research institutes include the state-of-the-art laboratory of the University of Tokyo, Hitachi Corporation, Mitsubishi Corporation, Japan Aerospace Electronics Company (JAE), Mitsubishi Precision Instrument and the like. These companies attach great importance to the practicality of FOG. They have mass produced various FOG levels, especially those with medium and low sensitivity. They are practically at the forefront of the world and are involved in environmental protection, vehicle navigation, industrial control, etc. can be applied to.
FOG’s research and development work in Western European countries focuses mainly on France, Italy and Russia. These countries attach great importance to the development of FOG’s military applications. These countries are mainly committed to developing low-performance FOG equipment, Navy and air force with a drift rate higher than 1 (°) / hour. The first generation FOG has been put into production, for example, PHINS series FOG manufactured by IxSea Company in France has been applied to inertial navigation and deep water operations. Based on proprietary FOG technology, Civitanavi Systems, Italy has developed a FOG for attitude stabilization and navigation of satellite launchers. After more than 30 years of research and discovery, FOG technology has reached a high level. While ensuring accuracy and meeting current requirements, FOG is gradually evolving towards low cost, miniaturization, high reliability and longevity. 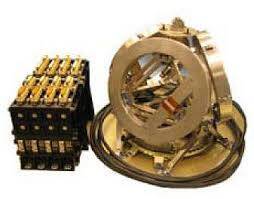 FOG, spacecraft, satellites, aircraft, etc. has been mainly used in astronautics, including ship, automobile navigation, mine etc. It is also widely used in civilian areas. Due to different zero bias stability, their applications are different. If the bias stability is greater than 10 ° / s, it can be used in land vehicle navigation, robot attitude control, and camera or antenna stabilization device. And when the bias stability is small, ranging from 0.001 to 0.01 ° / h, FOG can be used in aviation inertial navigation system and navigation. Whereas, in precision spacecraft applications, the zero bias stability required for precision aiming and tracking is less than 0.001 ° / hour.
FOG is a kind of angular ratio measuring tool based on the Sagnac effect. It has advantages such as no moving parts and wearing parts, small size, light weight, wide dynamic range, fast start-up, long life, low cost, impact resistant structure, flexible design and simple manufacturing process. It is mainly used in inertial navigation systems such as aviation, navigation and aviation and is not for high precision. With the continuous improvement of modern microelectronics technology, optoelectronics technology and signal processing technology, FOG continues to evolve.