Washing hands frequently, getting vaccinated, getting enough sleep, and eating a healthy diet are effective ways to protect against viruses and other germs. Other factors in people’s life can jeopardize the body’s immunity and ability to protect. The way you spend your leisure time, the level of stress, how often you drink, how much physical activity you get, and even the air you breathe can negatively affect immunity.

Antibodies that play a role in defense in the body cannot be made sufficiently due to lack of sleep. Not getting enough sleep can increase the likelihood of getting viruses or germs and delay the healing of diseases. Chemicals called cytokines that aid immunity are released only while sleeping.

A sudden or tragic event can weaken the body’s immune response. The long duration of sadness or grief can impair the body’s immunity. Losing a loved one for death or separation can increase the frequency of infections such as the flu and the production and secretion of chemicals and hormones that increase the risk of severe viral infections. Increased cortisol response and immune imbalance are associated with mourning. Some vaccines, including the flu shot, may be less effective in coping with serious losses. If the sadness is too deep or not relieved, its negative effect on immunity may continue for more than 6 months. Help may be needed when traumatic events or major casualties occur. In such cases, talk to a mental health professional.

According to researches, feeling alone can disrupt the immune system. Research on mice found that the increased anxiety (anxiety) associated with loneliness leads to greater suppression of the immune system and more oxidative stress or damage caused by free radicals. Another study found that hugging someone can prevent stress and reduce susceptibility to diseases.

Being anxious has a debilitating effect on the immune response in a short time. Experts explain that stress increases the brain’s production of cortisol, which disrupts the function of infection-fighting T cells. Continuity of stress further increases the debilitating effect, making it difficult to protect from viruses such as herpes and flu viruses. Getting support from friends, setting priorities, exercising regularly, and practicing relaxation techniques such as yoga can help reduce stress. If people cannot get rid of stress and anxiety, or if worries interfere with the normal flow of life, they should see a doctor.

Drugs used in the treatment of allergies, arthritis, lupus, IBS (Irritable Bowel Syndrome) and organ transplantation, cortocosteroids, TNF inhibitors used against inflammation and chemotherapy drugs used for cancer can suppress immunity. Talk to your doctor before taking any prescription medication.

Low Consumption of Vegetables and Fruits These types of foods increase the production of infection-fighting white blood cells in the body. Fresh foods, seeds and nuts are rich in beta carotene, zinc, vitamins E, C and A. Vegetable foods contain fiber (pulp) that helps lower the percentage of fat in the body, so it can strengthen the immune response.

According to one review, a diet high in saturated fat disrupts the immune system. Salt and sugar can also have negative effects. Oils can block the white blood cells (white blood cells) that fight germs entering the body. According to another review, obesity affects the immune system by reducing the number and function of white blood cells needed to fight infection, making it easier to catch infections such as pneumonia and flu. If a high-fat diet is continued, the balance of immunity-assisting bacteria in the intestines may change. To reduce fat intake, white meats such as fish, chicken, turkey, and proteins, sugar-free, reduced-fat dairy products or lean beef should be consumed.

It is known that vitamin D is required for the strength of bones. This vitamin also strengthens the body’s immunity. It can be obtained from eggs, fatty milk and fatty fish, fortified foods such as cornflakes (breakfast cereals). Another important source is the sun. During the summer, 5 to 15 minutes of sun exposure on the hands, face and arms two or three times a week is sufficient. More is needed during the winter months. Sunlight can give energy to T cells that are effective in immunity. There are other benefits to being outdoors. Most of the plants in the forests produce natural bactericides and some other inhaled substances called phytoncides that strengthen immunity.

The increase of some air pollutants increases the level of harmful ultraviolet (UV: Ultraviolet) radiation emitted from the sun and reaching the earth by damaging the ozone layer. This can lead to higher rates of skin cancer, cataracts, and a weakened immune system. The World Health Organization points out that exposure to environmental UV rays can also affect cells responsible for triggering immune responses, increasing the risk of infection, and possibly reducing the defense against skin cancer. The US Environmental Protection Agency (EPA) reports and recommends that using sunglasses, protective clothing, and sunscreen with a protection factor of SPF 30 or higher can help. Nicotine from cigarettes, chewing tobacco, or any other source can reduce the body’s ability to fight germs. The same is true for electronic cigarettes. Doctors explain that nicotine increases cortisol levels while decreasing B cell antibody formation and T cell response to antigens. According to the results of a study on mice, the vapor from e-cigarettes can damage lungs and make them more susceptible to infection.

Smoke from marijuana can inflame the lungs. Respiratory problems such as sputum production caused by smoking nicotine and lung infections can also be experienced by cannabis users.

Excessive alcohol intake, even once, can reduce the immune system’s response to invading pathogens, slowing the body’s defense mechanisms for 24 hours. Acetaldehyde, the main metabolite of alcohol, probably disrupts the ciliary function in the lungs, making them more susceptible to bacterial and viral invasion. Alcohol disrupts the process of attacking and breaking down bacteria and viruses, putting users at higher risk for infection. In the case of continuous alcohol consumption, the repair ability of the body becomes dull. For this reason, some people may be more likely to get some diseases such as pneumonia, liver diseases, some cancers and tuberculosis. If alcohol is consumed, women should try to limit it to one drink a day and men to two drinks a day. Studies show that sitting too much and avoiding exercise can over time affect the body’s ability to fight infection. A sedentary lifestyle, regardless of age, gender, smoking and other harmful habits such as drinking, is linked to an increased risk of premature death. After all, inactivity can lead to immune system compromise, inflammation, and other chronic diseases. It is recommended to add 30 minutes of regular exercise to the daily routine as it can help strengthen immunity.

Weekly sexual intercourse seems to help strengthen the immune system compared to less frequent sexual intercourse. Sexual intercourse raises the levels of a germ-fighting substance called Immunoglobulin A, or IgA for short, but more may not always be better. It has been observed that couples who have sex more than twice a week have lower IgA levels than those who have never had sex.

Regular exercise facilitates the body’s defenses when bacteria or viruses enter. Due to exercise, blood circulates efficiently in the body, and substances related to immunity and defense reach the necessary places more easily. Scientists are still trying to understand how exercise helps boost immunity. 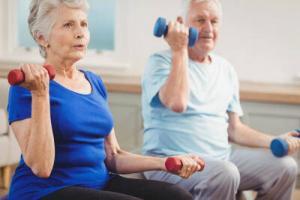 Spending hours in front of the computer, on the phone, or lying sluggishly on the sofa and watching television can disrupt the immune system, but vice versa. According to one review, too much strenuous exercise, called overtraining syndrome, can be debilitating for the body and make it more vulnerable to infection. A 2014 study suggests that regular, moderate physical activity may make a person less susceptible to viruses.