Although chemical and organic methods are used in industries, it has several disadvantages that are uneconomical, unfriendly to the environment, lack enantiomeric specificity for chiral synthesis, need high temperature, low pH and high pressure, and lead to organic waste and pollutants. On the other hand, enzymes are more useful in industrial applications as they act under mild reaction conditions, have a long half-life and are environmentally friendly.
Also, gene encoded enzymes can be modified to improve property stability, substrate specificity and specific activity. There are many competitive companies joining Novozymes, the largest company joining the enzyme industry, followed by DSM and DuPont among others. The competition of companies is based on certain criteria such as product quality, performance, use of intellectual property rights and ability to innovate.

Recently, new enzymes can be detected using certain biotechnological tools such as metagenome scanning, microbial genome mining, and investigation of the diversity of extremophiles. 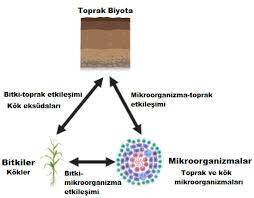 Metagenome is a new method for microbial screening based on the function or sequence of the gene. Function-based screening is performed by phenotype detection, heterologous complementation and induced gene expression depending on the desired gene function of gene isolation. In addition, sequence-based screening is done by polymerase chain reaction (PCR) or hybridization procedures.
Strains producing industrial enzymes have been isolated from different environments such as volcanic vents, arctic tundra, cow rumen, marine environments and termite intestines such as lipase. These are oxidoreductase, amidase, amylase and nitrilase, beta-glucosidase, decarboxylase and epoxide hydrolase. Function-based screening method has major disadvantages due to its inefficiency and biased expression of foreign genes. To overcome these problems, alternative bacterial hosts and expression systems are currently being studied. Streptomyces lividans, Pseudomonas putida, and Rhizobium leguminosarum come among others.
It depends on other factors such as target rate, gene size and test method. Enzyme activity can be tested by the agar plate method, which has an improved sensitivity using genes resistant to cell lysates toxins, correlation of enzyme activity with a phenotypic property such as green fluorescent protein (GFP). Or it can be detected with & # 946; -galactosidase. Also, the development of screens based on flow cytometry as SIGEX is pioneering as they enable faster screening of large metagenomics.

New enzymes, especially used in industries, have been discovered from huge genome sequence databases. Advanced genome sequencing programs, such as the 454 from Roche, Solexa from Illumina, or SoLiD from ABI, reduce time and cost. Using these programs supports the complete and accurate reading of multiple entire genomes in less than two weeks. Two approaches are followed to discover new enzymes.

Determining the Diversity of Extremophiles

More than 30 articles on extremophiles have been published in a special issue. Extremophiles are promising microorganisms for enzyme production because they can grow under extreme physical conditions such as temperature (2-12 ° C, 60-110 ° C), pressure, or radiation, or geochemical conditions such as salinity (2-5% NaCl). High biodiversity for extremophiles exists under all the extreme conditions mentioned. For example, there are some thermostable enzymes such as proteases, lipases, cellulases and amylases that are successfully used in different industrial applications.
Thermostable enzymes have been isolated from different thermophilic bacteria. Some of these are pyrococcus, thermococcus or methanopirus, such as archaeabacteria such as clostridium, thermus, thermotoga and bacillus. The most common thermostable enzyme is Taq DNA polymerase isolated. In addition, thermostable enzymes are widely used in detergent production. Polymer degradation enzymes such as cellulases and xylanases are used for the pulp and paper industries. It is also used in other applications such as extraction and purification of fruit juices, improvement of bakery products, polishing textiles, stone washing and bioremediation of water.
Halophytes are produced for specific enzymes that tolerate salt stress by containing a significant number of negatively charged amino acids that prevent precipitation. The most common halophytes used in industrial applications are halobacteria, halobacillus and halotermotrics. Thermoalkaliphilic enzymes such as proteases and lipases are produced by microorganisms that grow below extreme pH values ​​and are used as additives in laundry and dishwashing detergents.