When charged traps or transient particles from solar events or cosmic sources interact with the exposed surfaces of the spacecraft, their effects can affect the system in various ways. Effects from the natural space environment include spacecraft charging, single event effects, total ionizing dose, and displacement damage. However, the specific effect depends on the type of event particle, its energy, and possibly its source. The trapped heavy ions do not have enough energy to cause single-event effects and generate the ionization required, and the total ionizing dose does not make a significant contribution. 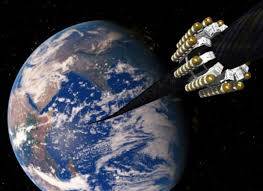 While galactic cosmic rays and cosmic solar particles, greatly affected by solar flares and protons trapped in radiation belts, can cause GDAs, electrons are not known to cause GDAs. In addition, although their physical mechanisms are different, the ionizing radiation of the space environment causes both total ionizing dose and single event effects.

Spacecraft charge is the charge accumulated on spacecraft surfaces or inside spacecraft. It causes potential changes in the electrostatics of a spacecraft surface and different parts of the spacecraft relative to the surrounding plasma environment. Major natural space environments that contribute to spacecraft charging include thermal plasma media, high-energy electrons, solar radiation, and magnetic fields. Although they have many effects, electrostatic discharges appear to be the most dangerous. Electrostatic discharges can cause structural damage, breakdown of spacecraft components, and operational abnormalities due to damage to electronics.
The spacecraft charge can be divided into surface charge including the differential charge and the internal dielectric charge. Surface charge is caused by low energy plasma (<100 kev) and photoelectric currents, while the surface charge can be absolute or differential. Absolute charging occurs when the satellite potential is evenly charged with respect to the ambient plasma. Differential charge occurs when parts of the spacecraft are loaded at different potentials relative to each other. Differential charging can also be caused by satellite self-shadowing. Differential charging of spacecraft surfaces is more harmful than absolute charge (relative to ambient plasma). The former can have discharge effects that can disrupt satellite operations, such as physical material damage and the generation of electromagnetic interference and the resulting transient pulses.
Discharge results also include noise in data and wiring, scattering and withdrawal of chemically active species. Differential charging has been reported after geomagnetic sub-storms, resulting in kev electrons being injected into the magnetosphere. The internal charge is caused by high energy electrons (> 100 kev) and they penetrate the spacecraft equipment and accumulate the charge in insulating materials. It is more harmful as it occurs in dielectric materials and well insulated conductors that are very close to sensitive electronic circuits. Based on data from the combined oscillation and radiation effects satellite obtained in fixed orbit, most spacecraft anomalies induced environmentally are not from surface insulator charging or single-event faults. It is due to the deep dielectric charge and the resulting discharge pulses.

Single event effects are separate events that occur when a single event ionizing particle accumulates enough energy in a device to cause an effect. It is usually caused by two sources of space radiation, high-energy protons and cosmic rays. Single event phenomena can be classified into four and these are as follows:
• Single event collapse,
• Single event latching,
• Single incident burning,
• Single event gateway breakage,
Single-event collapse is a state change caused by ions or electromagnetic radiation striking a sensitive node in a micro-electronic device such as a microprocessor, semiconductor memory, or power transistors. This change of state is a result of free charge generated by ionization at or near a significant node of a logic element, e.g. memory bit. The error that occurs in the device output or operation as a result of the strike is called soft error. Heavy ion and proton single-event collapse mechanisms in devices are, for example, dynamic random access memories and galactic cosmic ray energy accumulation in devices.

Single-event crash can cause a reset or rewrite in normal devices such as analog, digital, or optical components, while it can have effects on the surrounding interface circuits. A severe single-event crash is a single-event functional interruption in the control circuit of the device where a single-event crash places the device in a test mode, stop, or undefined state. This stops normal operations and requires a power reset to recover. Single-event latching is used in integrated circuits to identify a particular type of short circuit that can occur in an improperly designed circuit. It is the generation of a low impedance path between the power supply rails of a MOSFET circuit that can trigger a parasitic structure that disrupts the proper functioning of the part and possibly leads to its destruction due to excessive current.
One-event latches are tough errors and can cause permanent damage. This may result in high operating current, exceeding device specifications, dropping the bus voltage, or damaging the power supply. Locking can be caused by protons in very sensitive devices. A single event is corrected or erased by latching, power-off reset, or power-off and is highly temperature dependent. If the power is not cut quickly, catastrophic failure may occur due to overheating, metallization, or jumper failure. The only event burnout is a condition caused by a high current state in a power transistor. It is a highly localized phenomenon, involving burnout of drain source in power MOSFETs and BJTs, gate rupture, frozen bits, and noise in charged-coupled devices.
The only event is gate breakage, the formation of a conductive path in the gate oxide or localized dielectric breakdown, resulting in a destructive burn. Occurs in MOSFETs, BJTs, and CMOS. Solar explosion particle events constitute the most extreme single-event collapse-producing environment, especially for spacecraft in interplanetary space. Experiments in the radiation effects satellite showed a significant increase during a solar flare. Based on data from the radiation effects satellite, most single-event collapses are reported to come from high-energy protons through nuclear interactions, not direct deposition from protons or cosmic rays. For satellites in low Earth orbit, particularly in the South Atlantic Anomaly, trapped protons are the single greatest single event effects threat.

Total ionizing dose refers to the amount of energy generated by ionization processes and accumulates in materials such as semiconductors or insulators when energetic particles pass through them. May cause device malfunction or biological damage to astronauts. Radiation-induced stuck charges can build up in the gate oxide of a MOSFET and cause a shift in threshold voltage. If the slip is large enough, such a device cannot be turned off even when zero volts are applied. Under this condition, the device is said to fail by going into exhaustion mode. The total ionizing dose is mainly due to the solar particle event and the electrons and protons from the transition through the South Atlantic Anomaly.
In low Earth orbit, the main source of dose is from electrons and inner belt protons, while the primary source is outer belt electrons and fixed orbiting solar protons. Telstar was the first recorded satellite failure due to the total dose. The satellite was launched the day after the Starfish nuclear test on 9 July 1962. The approximately 1.4 megaton nuclear weapon was detonated approximately 400 km above Johnston Island in the Pacific Ocean. The explosion produced beta particles (electrons) that were injected into the Earth’s magnetic field and formed an artificial radiation belt. This artificial electron belt lasted until the early 1970s. As a result, Telstar received a total dose 100 times the expected before failing completely. In the Starfish nuclear test, up to seven satellites in 7 months are known to occur mainly from solar cell damage.

When energetic particles fall on a solid material, they lose their energy to ionizing and non-ionizing processes as they pass through the material. The result of the loss of energy is the displacement or generation of displacement damage of the electron-hole pairs and atoms. The gaps, i.e. the absence of an atom from the normal lattice position, and the transitions, i.e. the movement of the displaced atom to a non-lattice position, are the primary lattice defects originally created. The combination of a space and an adjacent intermediate space is known as the Frenkel or close pair. Two adjacent vacant positions can create a defect known as a divacancy. Also, larger local void groups may occur in the irradiated silicon. One defect arising from the spaces and spaces adjacent to the impurity atoms are defect-impurity complexes. Once created by the incident radiation, the defects must be rearranged to create a more stable configuration. The extent to which defects change the properties of bulk semiconductor materials and devices depends on the nature of the particular defects and the time following the formation of the defect at a given temperature. 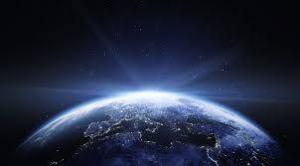 The effectiveness of radiation-induced displacement damage depends on factors such as bombardment status, particle type, energy, irradiation and measurement temperature, time after irradiation, thermal history after irradiation, injection level, material type, contamination type and concentration. Displacement damage causes deterioration of materials and device properties. It depicts the collision between an incoming particle and a lattice atom, causing the atom to be displaced from its original lattice position. Displacement damage can also reduce minority carrier lifetime, and a typical effect would be gain and distortion of leakage current in bipolar transistors.