Following the manifestations observed in the variety and difficulty of math-related activities, cognitive mechanisms are also varied. And these are about basic numerical representations, working memory, visuospatial reasoning, and language. There are literature on each of these mechanisms.

Humans, like all other animals, are born only in a primitive, language-independent system devoted to grasping quantities from the environment. Naturally, this system cannot process numerical symbols, from a phylogenetic perspective, a very recent cultural invention that requires acculturation to be absorbed by the human brain. This inherited pre-word numeral information works in two forms that are considered independent subsystems: the object tracking system (OTS) and the approximate number system (ANS). OTS represents small numbers of up to four with high accuracy and reaches its developmental plateau early in development. ANS is responsible for the analogical representation of larger numbers and therefore increasing uncertainty. One widely accepted model suggests that the ANS represents numbers in an approximate and logarithmically compressed form according to Weber and Fechner’s classical psychophysical laws. For the last decade, the relationship between basic numerical representations and performance in mathematics has been the focus of interest for many research groups. Few evidence has shown that there is a positive relationship between ANS accuracy and math performance. Moreover, it has been shown that children with DD are impaired even in simple tasks that touch ANS representations, such as estimating the numerical size of a point set and comparing two sets of points. A well-known theory is that developmental dyscalculia (DD) is the result of a lack of basic representations of numbers. For some researchers, this incomplete representation of numbers lies in ANS. Other researchers, in turn, propose that the incomplete numerical system in DD is the numerical coding responsible for processing exact but discontinuous numerical quantities, on which all arithmetic thinking is based.

Basic numerical representations are not limited to non-symbolic representations. In fact, learning symbolic systems to represent numbers is a turning point in the development of mathematical reasoning. As kids learn to speak a set of numerical words, these still lack any quantitative meaning. Gradually, these number words are associated with non-symbolic numerical representations. The pairing between a word list and their corresponding numerical representation (meanings) gradually build up as children are able to perform a new set of tasks. For example, they can use these numeric words to label a series of objects, like looking at six babies in a picture and saying six. These activities fully develop around the age of five, when children have mastered the principle of cardinality.
In a meta-analysis study, Schneider et al. Found that the relationship to performance in arithmetic tests was stronger for symbolic comparison tasks than non-symbolic ones. Moreover, a finding consistently reported by studies shows that children with developmental dyscalculia (DD) perform poorer than controls in tasks that require comparison of symbolic numbers, such as numbers and number words. According to a model proposed by Rousselle and Noël, DD can also arise due to a lack of access to non-symbolic representations from numerical symbols, and this is the lack of access hypothesis.

Language affects mathematics in different ways. Many mathematical tasks, such as learning the multiplication table, writing and reading numbers, and learning code, rely on verbal processing. Simmons and team, the relationship between phonological awareness (usually measured by a rhyme perception or phoneme selection tasks) and mathematics learning is independent of vocabulary and non-verbal reasoning measures, thus indicating a true verbal-numerical relationship. Language skills are also an important milestone in the development of mathematical abilities. A special case is the ability to convert between numeric representations, often measured by number writing and reading tasks, and called number conversion.
Number conversion is especially important in the early stages of school life, as it requires understanding of the basic lexical and syntactic components of verbal numbers. Understanding the place-value syntax of numbers and matching it to number words, as suggested in previous studies, is an important milestone for young children to achieve success in mathematics education. Some scientific evidence suggests that children master numerical codes after 3 or 4 years of education. In the first year of primary school (about 7 years old), children still have trouble writing and reading Arabic numerals. 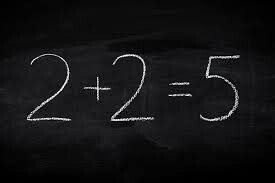 Soon, in the third and fourth grades (8- and 9-year-olds), most of these difficulties have already been overcome with Arabic numerals. This issue, Moura and his team conducted a study that explores children with and without math learning difficulties (MLD) using more complex number conversion tasks. The results revealed a significant number of transcoding difficulties in children with MLD. These difficulties are more pronounced in Arabic number writing, but the magnitude of this difference decreases with age. This shows that children with MLD tend to achieve the performance of their typical successful peers. Importantly, many of the errors observed in children, regardless of their achievements in mathematics, from the first to fourth school grades, are well explained by the syntactic complexity of the numbers. Because most of the errors are with more digits and syntactically more complex (such as 1002, 4015).
A detailed analysis of transcoding errors suggested that children with MLD struggle with the syntactic structure of numbers. Usually with 3 and 4-digit numbers up to the fourth grade, typical achievements overcome these difficulties in the third grade. Moreover, while the acquisition of lexical primitives seems to be well developed in the typical accomplished by the first year of primary school, children with MLD show minor but significant word errors. Another important evidence of this interaction between numerical and verbal skills is the high comorbidity between developmental dyscalculia (DD) and dyslexia.
Epidemiological studies show that approximately 40% of children with dyslexia have a deficiency in arithmetic. Some studies suggest up to 70% comorbidity rates that can be overestimated due to diagnostic criteria and structures evaluated by standardized arithmetic and reading tests. Importantly, the comorbidity between DD and dyslexia is greater than expected by chance if the two entities were completely separated independently. An effective hypothesis states that children with developmental dyslexia struggle with numerical activities based on verbal codes, such as number conversion and learning arithmetic facts.

The relationship between mathematical skills and working memory and attention has been extensively reported in the literature. In fact, a wide variety of numerical tasks, such as number conversion, complex calculations, and problem solving, require working memory resources and planning. According to Rubinsten and Henik, a relevant proportion of children with developmental dyscalculia (DD) also have accompanying attention deficit hyperactivity disorder (ADHD). Interestingly, the intraparietal sulcus, a brain region thought to be very important for numerical development, is also involved in a number of non-numerical activities, including attention control and reasoning. Recent studies suggest that an important cognitive sign of DD is attention control.
Gilmore et al found that due to strategies aimed at controlling non-numerical visual parameters, commonly used point comparison tasks require prohibitive control mechanisms. Surprisingly, this executive function component correlates more strongly with math achievement than the numerical components of the size comparison tasks. Similarly, Szucs and his team also suggested that children with DD have more difficulty blocking irrelevant non-numeric information than their typically developing peers. 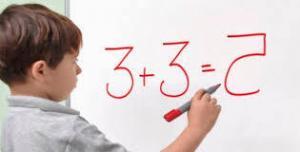 Along with working memory, visual-spatial abilities are one of the most critical skills related to mathematics achievement. And it is mainly associated with performance in multi-step computing for those that require borrowing and transfer procedures. Despite evidence of the role of visual-spatial skills in computing, a pure visuospatial deficiency in developmental dyscalculia (DD) children is perhaps less obvious than other cognitive skills, as there is no well-established visuospatial subgroup of DD. The co-occurrence of mathematics and visuospatial deficiencies has been widely discussed in the context of non-verbal learning disability.
On the one hand, there is no consensus about visuospatial deficiency in DD, on the other hand, many studies have found that children with DD have deficiencies in the visual-spatial component of working memory. More importantly, it is often reported that the verbal component of working memory is preserved in these situations.