While the heart is taken for transplant, simultaneously the lungs are supplied as either double lungs, single or two single lungs. This means that if a surgeon does not take both for two separate patients in the same center, both the heart surgeon and lung surgeon will be there. For the supply of thoracic organs, a maximum of three different surgeons can be found, assuming that each of the two lungs is taken by different centers and the heart is taken by another center. To successfully implement such a multi-organ procedure, it requires the highest level of cooperation and communication with each other. The cardiac surgeon starts first and examines the heart, the sternotomy is done in the midline after logging in and basic checks, when all teams are ready. Hemostasis is achieved using a large amount of bone wax and the pericardium is divided in half.
Three pericardial support sutures are placed on either side of the pericardial opening and labeled on hemostats. According to practice, it is recommended not to attach pericardial support sutures to drapes at this point. This is because it causes tension in the pericardium and causes hemodynamic impairment by compressing the heart while the lung surgeon tries to examine and extract the lungs with a Valsalva maneuver. Once the heart is properly visualized, to assess atherosclerosis, the coronary arteries are palpated, the contraction of the heart is visually confirmed, and the condition of the heart is checked by checking the right atrium, right ventricle, pulmonary artery and aorta. It is also important to check for any palpable excitement or any abnormalities in systemic venous drainage or pulmonary venous drainage. Intracardiac pressures should be measured according to surgeons practice, pulmonary artery (PA), right atrial (RA) and left atrial (LA), and the surgeon who implanted them should be contacted for cross-checking, it is also important that the pleura is not opened and this is when the lung surgeon becomes the focus of attention. . 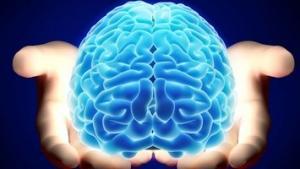 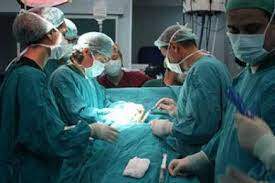 If perfadex is working, the cardioplegia should be kept running, and this ensures that perfadex does not enter the coronary and clear the cardioplegia. If cardioplegia is performed prior to pulmoplegia, aortotomy should be performed while the clamp is still there, and a yonkaeur absorber placed in the aorta to suck and prevent any perfadex solution from entering the heart. After all flushing has been done for both the heart and lung, the pulmonary artery cannula is removed and the prolene suture cut. The IVC is then divided completely, taking care to avoid any injury to the right lower pulmonary vein. The next step is to optimally divide the left atrium. The recommended approach is to gently pull the heart up while cutting the posterior LA wall, using a metzenbaum scissors to enlarge the incision, leaving a sufficient LA cuff for the lungs for at least 1 cm margin.
On the right, the dissection should be stopped when the IVC is reached and at this point the heart should be retracted to the left. With the drooping heart and bloodless area, it should be easier to examine the interatrial groove and at least one centimeter should be left for the lung implant. Finally, depending on how much aorta is needed, the aorta can be transected as high as possible. For PA, the incision should be extended from where it was cannulated and the hull of the PA should be visualized, making sure that the opening of the right PA is visible. The PA bifurcation must then be split so that it remains with the lung block, and too much traction should not be used when splitting, as this may cause distortion. However, it should be ensured that the original incision is upright, leaving enough PA for the cardiac team. When all the compartments are complete, the clip in the SVC is released, the SVC, the azygos vein and everything else holding back should be split while the heart is gently lifted. After these processes are completed, the lungs are then collected in a standard way. It is always helpful to have a nasogastric tube so that it can feel the esophagus.
The arch veins and the innominate artery divide, at which point the trachea is exposed and looped, then the trachea is stapled at 60% tidal volume. The lungs are then taken to the back table and 250 cc of retrograde flushes are given from each pulmonary vein. There are different ways to perform a retrograde wash effectively. Some do this in place on the chest, others take the lung block to the back table. It is generally preferred to take it to the back table and to apply 250 cc perfadex per vein. One technique is a catheter with an inflated bulb at the end and is inserted into each vein in turn as the flush is applied. The caveat about this is that you may injure the pulmonary vein ostium (the delicate one) by unintentionally over-inflating. The other technique is Dr. Hassan Nemeh’s personal communication is to use a retrograde cardioplegia catheter with a self-inflating balloon, so it is much safer and less traumatic. The only problem with this is that it is not part of the standard kit, so purchasing surgeons should not forget to bring it with them. 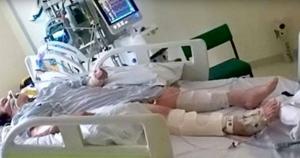 Yet another technique that can be used is to use the rubber tube at the end of the tube. The tube is inserted into the pulmonary vein and then the vein is tightened to create a tight seal. Whichever technique is used, it should be noted that it is important that the perfadex solution is only 30 cm above the table and that it is operated by gravity, and excessive pressure that may cause pulmonary edema should be avoided. When perfusing retrograde, it should be ensured that there is any clot in the pulmonary artery. It is not uncommon to have a minor embolism. No matter how large clots are visible, a retrograde wash should be left at the implantation center, or it is important to alert the implant surgeon who may choose to repeat. Some teams use Ex-Vivo Lung Perfusion (EVLP) in such cases. After completion of the retrograde wash, look inside the PA to assess whether there is any remaining clot.