Mathematics is one of the main challenges faced by students throughout school life, with a long-lasting impact on social life, including employability and income. The development of research on numerical cognition occurs with the study of mathematics learning and related deficiencies in specific developmental dyscalculia (DD). The literature on DD has been researched at two levels. First, thoughts about the nosological state of the disorder and its diagnosis. The other is the main research findings on the cognitive underpinnings of DD, from numerical representations to general domain processes including working memory and language.

What is Developmental Dyscalculia? 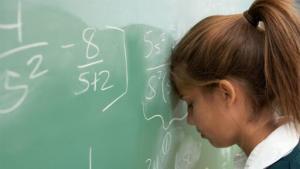 Yet some children present persistent and significant difficulties in learning mathematics that cannot be explained by socioeconomic, emotional, educational, psychiatric or intellectual factors. In these cases, the label developmental dyscalculia (DD) is often applied, the difficulties cover a wide range of mathematical tasks such as reading and writing numbers in different formats, comparing numbers and quantities, and performing basic arithmetic operations. Some researchers also note shortcomings in the ability to understand and use symbolic codes to represent magnitude and numerical information. Estimates for the prevalence of DD range from 3 to 6% of school-age children. Despite the relative consensus on what are the challenges that characterize DD, there is still some controversy regarding diagnostic criteria, neuropsychological bases, and rehabilitation strategies.

There are two main questions regarding the diagnosis of developmental dyscalculia (DD): The first question is about the diagnostic criteria, and three approaches are commonly reported in the literature on learning disability epidemiology. Inconsistency criteria are probably the most common in research studies. And math defines learning disability from the discrepancy between an above average performance on general cognitive capacity (usually IQ) and poor performance on standardized math tests. Absolute threshold criteria are similar to inconsistency criteria, but disability is defined only by poor performance on a standardized math test. A diagnosis is made after the response to the intervention criteria investigates how the child responds to a series of psycho-logical interventions.
The second main question is about how poor performance should be on an achievement test to diagnose DD. Frequently used cut-off points are the 30th, 25th, 10th and 5th percentiles. Higher cut-off scores (25th and 30th percentiles) are less conservative and naturally more prone to false positives. A low cut-off score is more conservative and less prone to false positives when tagging children. Some researchers reported that the sample of individuals labeled under high cut-off scores was more heterogeneous. He also claims that his difficulties in mathematics are more attributable to social, educational, and motivational factors and therefore less stable over time. On the other hand, individuals whose performance score more conservative cut-off scores are a more homogeneous group and their difficulties are likely to be related to cognitive factors. Mazzocco suggests that individuals performing below the fifth percentile should be defined as DD and those performing below the 30th percentile should be defined as math difficulties.

Investigation of developmental dyscalculia (DD) nosology also includes examining its comorbidities with other syndromes and how the cognitive profile changes between individuals. It is estimated that only 30% of children with DD lack comorbidities. Its main comorbidities are developmental dyslexia and ADHD, with comorbidity rates of 40% for the first and 25 to 42% for the second. According to Rubinsten and Henik, different cognitive deficits can be the cause of difficulties in learning mathematics, and comorbidities often result from a combination of deficiencies. For example, cases that lack mathematical knowledge (where the DD label is applied) are due to a lack of abstract representation of the number at the cognitive level and a deficiency in the functioning of the intraparietal sulcus at the neural level. 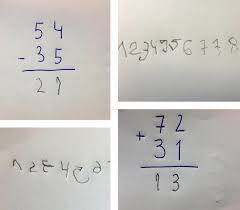 The comorbidity of dyscalculia and ADHD is explained by the co-occurrence of deficiencies in number processing and attention mechanisms. In contrast, the disease concomitant with dyslexia is due to a single deficiency in the angular gyrus that will cause a deficiency in associating symbols (numbers, words) with a meaning. Comorbid conditions are called math learning difficulties (MLD).
As a result, although the study of the cognitive basis of numerical representations and mathematical performance is relatively new, there is evidence in understanding the development of mathematical abilities. In addition, a coherent body of scientific evidence has already gathered that has allowed significant advances in identifying and correcting mathematical challenges. However, this is a broad field of study and there are still a few open questions. Currently, longitudinal studies and replication studies are particularly important.