Studies on the cardiovascular effects of OSA have shown that the disorder causes changes in vascular structure and function, and these changes are common in other hypoxic populations. With similar mechanisms in terms of cardiovascular changes and brain vessels, it is assumed that hypoxia will have a direct effect on the neuropsychotic in OSA patients. Hypoxia produces sudden vasodilation, which is a protective mechanism to distribute oxygen more efficiently to the affected organ.

Studies have shown that this protective mechanism is absent in OSA patients. One possible reason why these patients do not respond to hypoxaemia is not only because of a sustained hypoxic event, but because they suffer from recurrent episodes of hypoxemia (more than five events per hour) and desaturation. Therefore, since the recovery time after the episode is limited, it is not possible to predict whether there is a protective response to recurrent hypoxic events, but it is assumed that the vessels will be damaged. 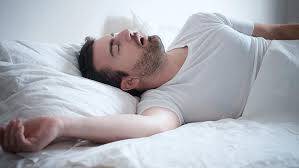 Therefore, patients with OSA have lesions due to hypoxia and reperfusion with increased lipid peroxidation. This process involves the oxidation of polyunsaturated fatty acids with the formation of reactive oxygen species and toxic products, potentially detrimental to the brain and heart. In addition, patients with vascular pathology have endothelial dysfunction. Imbalances occur between vasoconstrictive mediators (higher thromboxane and endothelin levels) and vasodilators (nitric oxide, prostacyclin) in OSA patients, and decreased nitric oxide production in OSA has been shown. This imbalance creates susceptibility to atherosclerosis.

Therefore, effects on cerebral flow as well as hypoxia can cause the onset of cerebral infarctions, leading to vascular dementia. The presence of endothelial dysfunction with the onset of neurocognitive deficits has been described even in studies conducted in the pediatric population. There are authors who think that the cognitive impairment in OSA represents the short-term consequence of poor sleep quality that occurs with daytime sleepiness or attention difficulties. Studies have shown specific and localized frontal lobe involvement responsible for executive dysfunction observed in OSA. The basis of this hypothesis is that sleep disturbance reduces the effectiveness of restoration processes in the prefrontal cortex, which leads to cellular and biochemical stress.

These processes alter the viability of neuronal and glial cells, impairing functional homeostasis. The severity of sleep disruption is associated with attention deficit and decreased alertness, and general cognitive deficit is the result of hypoxia. Breakdown of sleep, changes in blood gases, and changes in homeostasis in the frontal lobe and hippocampus cause memory impairment and executive dysfunction.

A direct consequence of OSA, which has an impact on both personal and social levels, is loss of alertness. This increases the risk of traffic accidents in untreated patients, so it is important to diagnose and treat this condition as early as possible. The treatment of choice for OSA is continuous positive airway pressure (CPAP) therapy. This method was first used in 1981. Since then, technological progress has been made to meet the needs of patients. In addition, in order to improve adherence to therapy, device manufacturers have taken into account the importance of producing mask interfaces suitable for the physiognomy of the user. This variety increases comfort and reduces air leakage. The use of CPAP for at least 4 hours of sleep over a 24-hour period defines a minimum acceptable level for a beneficial therapeutic response. Therefore, for maximum benefit, most clinicians recommend using the device during the entire sleep period.

Canessa et al. He studied the effects of CPAP therapy on neurocognitive changes in 17 OSA patients. Therefore, voxel-based morphometry determinations showed significant post-treatment improvements in cognition with an increase in gray matter volume in the frontal lobe and hippocampus. Therefore, early diagnosis and initiation of CPAP therapy can prevent cognitive impairment in the medium and long term. In summary, this study provides the first evidence that structural brain abnormalities exist in areas susceptible to hypoxaemia and can be altered with treatment.

These results show that even the adverse neurological effects of hypoxemia can be reversed with consistent and thorough treatment. Therefore, compliance with CPAP therapy can lead not only to clinical improvement but also to structural brain recovery. It should be kept in mind that the patients in this study responded positively to the treatment. Therefore, MRI can be used as a marker to evaluate response to treatment.

There are studies showing that CPAP use for 12 months leads to significant improvement in impaired white matter, including the corpus callosum, and has a significant effect on improving cognition. There are also many studies evaluating the effects of CPAP therapy in stroke patients with OSA. Stroke can worsen functional changes and cognition. A study from Korea highlights the beneficial effects of the treatment and suggests that it should be considered as part of a rehabilitation program for stroke patients. 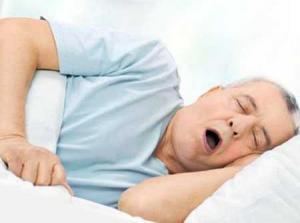 As a result, although there are numerous studies focusing on the relationship of OSA with cognitive deficits, things are far from being fully clarified. Aging, hypoxemia, genetic factors, strokes etc. Various and multiple comorbidities, including, affect these vulnerabilities independently. Untreated OSA is associated with changes in brain structure and function through cell death, gray matter destruction, inflammatory changes, and reduced white matter integrity. However, unlike other pathologies, starting CPAP therapy as early as possible prevents the cognitive deficit from establishing or cures it if it is already established.