Product counterfeiting is a form of consumer fraud and a product is sold under the pretense that it is not. Counterfeits are illegally produced, similar to genuine products but typically of lower quality in terms of performance, reliability or durability. There is a need to learn as much as possible about the counterfeit market and the luxury goods market, as well as about the customers of both of these markets. The customer buys a lot of counterfeit products online because he only trusts the information provided by the seller and is easy to manipulate. The Internet makes it possible for counterfeiters to sell counterfeit products without prior consumer control. Therefore, if the online presentation of the product is elaborate and advanced, it positively influences the user’s perception of the authenticity of the products, which in turn leads to an increase in the user’s willingness to buy online.

Product counterfeiting is a form of consumer fraud: a product is sold as something it purports to be not. However, there is another concept that needs to be brought to light for a better understanding of the subject. Deception is a form of manipulating information to influence the behavior of a potential customer by misrepresenting a product. According to Ekman, there are two main deception strategies, the deception strategy in which the deceiver hides relevant information without saying anything false, and the fraudulent one, in which the fraudster adds false information as if it were real, in order to manipulate the customer. But in both these cases, deception is intentional. In identifying the counterfeit market, he believes there are two types of markets for counterfeit products: One where customers are imperfectly informed or unfamiliar with the product. This makes them unable to distinguish between real and fake products, and the accidental purchase of fake goods and the customer can easily distinguish the fake from the original, which harms the purchase of genuine products. This type of market is more applicable to the luxury goods industry, as consumers are fully aware that by the time of purchase they are purchasing a counterfeit item, in fact, buyers are more complicit than victims.
The OECD estimates that 5-9% of the global trade volume is counterfeit manufacturing, corresponding to an annual volume of US$9 billion, while the counterfeit industry causes losses of between US$450 and US$810 million. The World Customs Organization has calculated that the global market for counterfeit products, which accounts for approximately 7% of world trade, exceeds USD 600 billion.
Estimates indicate that the loss of fake luxury goods or brands is $12 billion a year for the United States, where sales of counterfeit products cause billions of dollars for legitimate luxury goods manufacturers. Another source found is the International Chamber of Commerce, and a similar estimate estimates that counterfeiters account for 5% of world trade, up to 7%, worth US$600 billion annually. The counterfeit industry operates in the gray market, which means the numbers are difficult to predict and obtain, so all the different but similar numbers mentioned above, there is a gap in academia when it comes to statistics on the counterfeit market.
As mentioned, all these estimates, namely that forgery accounts for 5-9% of world trade, have remained constant for years and it has not been realized that the evaluated percentage is based on empirical findings. With this issue in mind, in 2016, the Organization for Economic Cooperation and Development evaluated the problem and predicted a more plausible and accurate-looking, well-established, evidence-based value for the volume of counterfeit money traded globally. This value has decreased to 2%, which is significantly lower than the previously estimated value. Another of the statistics is from Interpol (2009), the value disclosed here confirms that counterfeits make up 2% of worldwide trade. Havocscope confirms that the current value of the counterfeit market is approximately US$12 billion. The extracted information provides us with information on the amount of US$ lost each year by industry. Show companies and clothing manufacturers suffer losses of up to US$ 12 billion per year due to illegal counterfeiting, and the cosmetics industry up to US$ 3 billion per year. With the information presented, it seems that there is a real loss in the luxury goods market due to the emergence of this fake gray market. What this means is that luxury brands face a serious problem, and it’s counterfeiting. The luxury goods market has grown from US$20 billion in 1985 to its current value of over US$260 billion estimated by Bain and Company (2012). While the technical term for a luxury good is independent of the quality of the goods, customers consider such products to be of the highest quality available on the market. That’s because such brands position themselves that way and make extra efforts to associate high prices with high standards of quality.
The global luxury goods industry, which includes liquor, fashion, cosmetics, fragrances, watches, jewelry, luggage and handbags, has been on the rise for many years, the luxury goods market is not only market value, but also growth rate is high. Luxury goods manufacturers meet consumer demand by focusing on brand, aesthetics, quality materials, superior craftsmanship and pricing to transform everyday objects into status symbols. The industry rises and falls along with the gross domestic product (GDP), seeing demand rise in times of economic stability and fall in adverse economic climates. The United States has long been the largest regional market for luxury goods and has remained the leading personal luxury goods market as of 2013.

Generally, one-third of all luxury goods counterfeit sales are made online, and counterfeit goods consumers mostly get them online. Especially when they are aware that they are buying a fake product because it is easier for them to analyze and compare all the information provided. 87% of counterfeit products are obtained online and the sources this website is used are based on empirical evidence such as news and feedback from online platforms (eBay, AliExpress, Amazon and Facebook). eBay, for example, deals with the highest percentage of fraud complaints, but unlike Amazon, which warns its customers to buy at their own risk, it is the only one of these platforms that does something to prevent and protect its customers from the problem of fraud. 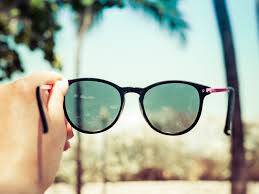 The Internet makes it possible for counterfeiters to sell counterfeit products without prior consumer control, and in 2008 it was estimated that US$135 billion was sold as counterfeit online alone. When purchasing online, the customer only trusts the information provided by the seller, and usually trust text, images or videos that are easy to manipulate. A detailed study on this has shown that if the online presentation of the product is detailed and sophisticated, it positively affects the user’s perception of the authenticity of the products, which in turn leads to an increase in the user’s willingness to buy online. The Internet has made the practice of selling counterfeit goods much easier as it reduces costs and increases information asymmetry between parties, making it more difficult to prosecute online deceivers.