Although the benefits of soy on lowering cholesterol and improving bone are still questioned, there is ample evidence to suggest that it improves osteoarthritis symptoms by at least three mechanisms. These are in the form of increasing circulating levels of IGF-1, thus regenerating the cartilage or preventing further damage and preventing the production of inflammatory molecules such as COX-2, TNF-α. Researchers believe that soy plays an important role in the healthy aging process by reducing the incidence of OA and allowing those affected to gain more mobility, thus reducing their chances of developing other chronic diseases that may result from reduced mobility.
It has been determined that both leptin and estrogen play an important role in the etiology, progression, and treatment of OA, but the characteristics of this role remain unclear. Studies also point to a positive effect of soy supplementation on cartilage metabolism, inflammation and pain indices, possibly through modulation of the factors mentioned above. Soy appears promising in treating OA symptoms, but its ability to prevent disease is questionable. While isoflavones are known to function as SERMs, it is reasonable to suspect that the protein content of soy, along with the isoflavone content, is responsible for the positive effects in this population as a whole.
Although the literature indicates that soy supplementation may help in reducing the use of NSAIDs, determining the safety of soy or isoflavones as well as their efficacy as a long-term OA intervention is the next logical step by increasing functionality in individuals suffering from slow cartilage degradation, and OA. It is worth pursuing any interventions that can improve the quality of life of individuals suffering from OA, but researchers have shown the exact etiology of the disease. 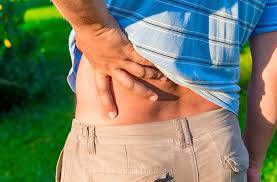 It is very important to prevent future events.
The literature cited here shows that soy can be promising for other chronic disease states and does not necessarily pose a risk for increasing breast cancer cases. However, there is still a lot of confusion as to which populations are at higher risk for breast cancer when consuming soy. Many health benefits seem to outweigh or even reduce the risk of breast cancer for most women, but more interventional studies are needed rather than rigid epidemiological and cell culture studies.

Interestingly, OA is often seen in postmenopausal women, and postmenopausal women are three times more likely to have problems than men. Cartilage is a tissue sensitive to estrogen and may partially explain the gender inequality. As postmenopausal women experience a severe decrease in estrogen production, it makes sense that estrogen may be protective against the development of OA. Some studies find an association between hysterectomy and OA, while others find no association. In a study by Gao et al, deficiency as well as changes in estrogen metabolites played a role in the pathogenesis of estradiol (E 2OA.
Increased cartilage and bone turnover has been found in many animal models of menopause, but contrary to the general belief that estrogen deficiency in women is the cause of OA, Tsai et al. Suggested that there is excessive levels of synovial fluid. Estrogen is responsible for the development of OA in both men and women. In fact, some studies have found that direct application of estrogen to the knee joint increases the pattern of OA and its progression. Intra-articular injection of estradiol in ovariectomized rabbits both upregulated ER and ultimately caused more cartilage degeneration.
Soy isoflavones are often referred to as phytoestrogens and can help relieve some of the symptoms of OA and possibly prevent it from progressing. Conformational binding of soy isoflavones is similar to that of SERMs, which have been shown to be effective estrogen agonists or antagonists. Genistein is the strongest of the isoflavones and can therefore hypothetically have positive effects on cartilage by blocking the effect of estrogen. In addition to the possibility of modulating ERs, soy isoflavones can increase IGF-1 production and reduce inflammation while also acting as an antioxidant. IGF-1 is thought to slow cartilage degradation. Because soy isoflavones can serve as a natural modulator of IGF-1 production, soy consumption is likely to benefit people suffering from OA. Just as OA affects women more than men, osteoporosis is a particularly important problem for the aging female population. Since intestinal cells contain ER and estrogen increases calcium transport, it makes sense as phytoestrogens such as soy can increase calcium transport in the gut. There have been numerous studies and human studies investigating the transport of calcium and soy in the gut, as well as the effect of soy on animal models of osteoporosis. A 2001 study by our lab confirmed that ovarian surgery not only reduced calcium transport rates, but soy isoflavones in soy protein promoted calcium absorption similar to estrogen without any side effects or risks.
Pawlowski et al. also found that soy isoflavones are effective in increasing calcium retention in bone, and Arjmandi et al. They found that women who did not take hormone replacement therapy that supplemented soy protein had reduced urine calcium excretion. Animal studies have shown positive results for the bone-protective properties of isoflavone. A 1998 study by our lab compared casein protein and soy protein in ovariectomized (OVX) rats and found that soy protein with higher isoflavone levels prevented the femoral bone density reduction brought about by ovarian surgery.
A 2006 study found that soy positively influenced the tibial architectural characteristics of OVX rats, including trabecular thickness, detachment, and the number without preserving BMD. Another study in the lab found that soy protein with or without isoflavones did not preserve BMD in a male rat model of osteoporosis, but positively affected the biomechanical properties of the bone, including yield and ultimate strength, which are measures of flexibility and plasticity in bone. 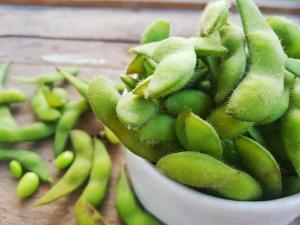 Many other studies have concluded that the bone-protecting effects of soy consumption are likely due to the soy isoflavone content, which increases bone formation and improves the architectural properties of the bone. Interestingly, while animal studies show promise for moderate prevention of bone loss, a 2-year Thai study found that soy isoflavones did not significantly reduce bone loss. Similarly, a 3-year study giving soy isoflavones to postmenopausal women found no significant bone-sparing effects other than the femoral neck that was still only moderately affected from the supplement. The same lab then evaluated the safety of soy isoflavone supplementation by evaluating the effects on hormones, endometrial thickness, and any adverse effects, and found no negative evidence of the treatment effect on this population and once again demonstrated that soy supplementation is safe.
Wong et al. It found that 120mg of soy isoflavones reduced whole body BMD loss but did not positively affect common female fracture sites. Studies in the lab have found that soy supplements for the treatment of osteoporosis usually have little or no effect on BMD, but can still positively affect bone metabolism and bone quality.