Chile, a narrow and long country with more than 4500 km of continental coastline, has an old tradition in the use of marine resources. Since prehistoric times, numerous species of algae, shellfish, and fish have been included in the diet and daily habits of their inhabitants. Amazing evidence has been obtained from the Monte Verde archaeological site, located near Puerto Montt (41 ° S) and dated to 12,500 years. It also provides evidence of Pre-Clovis human habitation in South America, possibly exhibiting the use of ancient macroalgae as food and for medicinal purposes. The diet of coastal human populations has combined brown and red algae as important components in coastal populations located beyond 30 ° S in the south for the last 500 years. As a source for alginate production, brown algae in Chile are exploited from natural populations and exported to world markets as sequential and dried commodities for alginate extraction. The local national gel industry and invertebrate aquaculture production only uses a small fraction of the annual harvest. Over the past decade, there has been a steady increase in harvest due to international demand for Chilean kelp; production exceeded 390,000 dry tons and associated economic returns of over US $ 90 million. Chilean brown algae of economic importance belong to the genera Lessonia, Durvillaea and Macrocystis, occur along the coast between 18 ° and 55 ° S. Even this wide range of distribution, these resources are used mainly in the northern part of the country between 18 ° and 32 ° S. Because environmental conditions that reduce production costs, such as the extreme weather high temperature and dryness of the coastal desert, are close to zero drying process and, consequently, total process cost before it can be commercialized.
In Chile, brown algae harvesting is also a socially important issue, as more than 15,000 people depend roughly on the exploitation and harvesting of this marine resource. Only authorized and registered artisan fishermen are allowed to collect this type of seaweed, as determined by local law. However, due to the topography of the coastal regions where these natural algae populations occur, but also because of their expansion and accessibility, enforcement measures and control are difficult to implement. In terms of their ecological role, algae have been described as engineered species in coastal marine ecosystems. They are key species participating in the maintenance and conservation of high biological and genetic diversity foci. Also, these species are susceptible to ailments of both natural and anthropogenic origin.

Largely and until 2000, all brown algae fishing in Chile was based on the collection of natural mortal algae from coastal populations. Apart from the alginate source raw material, the sudden and significant increase in demand as a food source for abalon cultivation in Chile in the last 16 years triggered the harvest of algae species. Since then, Chilean brown seaweed fishing has become an extractive fishery combining four main factors. These main factors are as follows:
International market demand for still alginic acid source,
• Use it to feed the resulting local farming of organisms that consume a few algae under controlled conditions,
• As a result of the collapse of other benthic fisheries, fishermen turn to commercial brown seaweed harvesting.
Strong impact of international fluctuation in copper prices on the local economy,
This metal is Chile’s main source and represents more than 60% of the internal gross product (PIB, as its abbreviation in Spanish), as the first copper producer in the world, Chile provides direct or indirect jobs to thousands of people in the country. The local economy is extremely sensitive to fluctuations in international cooperative prices, and its decline (now crushed) is leading to significant unemployment, particularly in the non-specialist workforce. The unemployed are harvesting and harvesting brown seaweed as one of their primary consequences. Consequently, they are forced to migrate to coastal areas where they can develop a subsistence economy based on represented precarious jobs.
Over the past 35 years in brown algae in Chile, descent has fluctuated between 40,000 and 390,000 tons / year and has shown a steady increase since 2000. L. nigrescens and L. trabeculata account for more than 90% of their total production, with local consumption of Macrocystis and Durvillaea antarctica contributing only marginally to total landing. The significant increase in the demand for algae as a commodity source of alginic acid in recent years explains the increase in algae extraction. A smaller portion of this increase is a result of the reduced yield of algae used for milling due to the higher moisture content of recently treated plants compared to previous years. From a different perspective, Chile’s brown algae exports during 1997–1998, when a severe ENSO event occurred, showed a significant peak, possibly in relation to the major deaths caused by this large-scale oceanographic event. The warming of the ocean surface is the decrease in nutrient concentrations associated with both El Niño at the same time. However, it has a strong effect on algae populations and thousands of dead plants are thrown ashore by waves collected by fishermen. Since 2005, the abalone breeding industry has been experiencing remarkable and continuous growth, especially in northern Chile. This commercial activity consumes nearly 4800 tons of fresh algae per year, mainly Macrocystis. Neither the use nor the economic efficiency of this activity can thus far be compared to the demand for Chilean kelp as a source for alginate extraction.
The descent of brown seaweed in Chile reached 390,000 wet tons / year, making it the world’s largest extraction site from natural populations. This fishery is managed under the concept of good practices based on biological and ecological knowledge of the species. Most brown macro algae are known as the main species of marine ecosystems and form the basis of coastal food webs. It contributes significantly to the total biomass of the ecosystem and is highly correlated with all trophic levels and shelter, 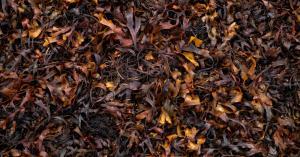 they provide food, nurseries, and breeding grounds.
The random harvest of a major species such as L. nigrescens can have a significant negative impact on the ecosystem with unknown effects. In this context, ecological indicators have been proposed. They are tools for stakeholders and policymakers to ensure greater sustainability of the rocky shores exposed in the cold temperate seas of the world, where these economically important algae are the key dominant organisms in cover, biomass and ecological role.