The increase in life expectancy was accompanied by an increase in the incidence of age-related diseases. Mild cognitive impairment (MCI) is a decline in cognitive function that is higher than expected for a certain age but not severe enough to meet the criteria for dementia. Hypoxemia, smoking history, aging, and various comorbidities are risk factors for both chronic respiratory diseases and cognitive deficiency. Up to 70% of patients with chronic obstructive pulmonary disease (COPD), obstructive sleep apnea (OSA), or idiopathic pulmonary fibrosis (IPF) have some form of cognitive impairment. Moreover, poor neuropsychological performance is an independent predictor of disability and mortality in these populations. Effective tools for cognitive assessment have been approved for these patients and should be used for better clinical outcomes. 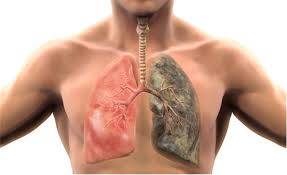 COPD is a common disease characterized by persistent respiratory symptoms and airflow limitation caused by significant exposure to harmful particles and gases. COPD is an important cause of morbidity and premature death. It is predicted to be the third cause of death worldwide by 2030, according to the World Health Organization.
A large meta-analysis involving 23,116 patients with COPD showed an alarming prevalence of MCI of up to 32% compared to a prevalence of 10-20% in the general population. Moreover, over time this mild cognitive decline appears to be aggravated, and these patients will be at increased risk of developing multiple infarct dementia or Alzheimer’s disease. Cognitive impairment The origin of COPD patients is still not fully determined. Several pathological relays can interfere: smoking, aging, severe lung disease, hypoxemia, hypercapnia, systemic inflammation, oxidative stress, endothelial dysfunction, comorbidities, sedentary lifestyle, and genetic factors.

Physiopathology of Cognitive Impairment in Patients with COPD

Of all the above, hypoxemia appears to be the most important risk factor. Not only persistent hypoxemia, but also intermittent hypoxemia (during exertion, sleep, and daily activities) can cause brain damage. Moreover, one study showed that when hypoxemia worsened during COPD exacerbations, patients significantly altered cognitive scores compared to those recorded in stable phases and age-matched controls.
Neurological impairment also worsens with COPD progression. In severe lung disease, altered MMSE scores have been reported in 64% of cases. The most common abnormalities in MMSE were construction (39%), attention (31%), verbal recall (26%), visual-spatial orientation (24%), and language (13%). For tasks requiring drawing (eg an analog clock with a specific time) or other tasks requiring judgment, poor performance was associated with higher mortality. Additionally, Chang et al. A 3-year prospective study shows that the association between COPD and cognitive dysfunction leads to an increase in disability, hospital rate and mortality.
One of the most detailed studies, Dodd et al. He combined different brain function assessment techniques, focusing on non-hypoxemic COPD patients, such as magnetic resonance diffusion tensor imaging, resting state functional MRI, and neuropsychological questionnaires. The report showed that these individuals had reduced white matter integrity, gray matter dysfunction, and poor performance in cognitive questionnaires compared to age-appropriate controls. The most significant shortcomings noted with imaging techniques were poor execution function, low processing speed, and episodic and working memory impairment, all corresponding to the deficiencies seen in the MMSE test.
The Rotterdam Study used high-resolution MRI to evaluate cerebral structures in people with COPD and reported a higher frequency of cerebral microhemorrhages. This observation supports the concept of cerebral small vessel disease leading to cognitive decline through areas of cerebral microhemorrhage. They also improved MRI performance by offering voxel-based morphometry analysis. Thanks to this technique, they have demonstrated for the first time that even stable COPD patients with subclinical cognitive impairment present gray matter volume changes on MRI.
Other MRI studies revealed gray matter loss in numerous brain regions: precuneus, right lower parietal lobule, right superior temporal gyrus / middle temporal gyrus, hippocampus, limbic and paralimbic structures, cingulate, amygdala, etc. The heterogeneity and wide distribution of common lesions in these studies may explain the multiple and variable neurological symptoms experienced by these patients. Moreover, neuroimaging shows that the parietal lobule and precuneus are also altered in Alzheimer’s disease. The psychometric profile disorder is associated with variable COPD components such as disease severity, exacerbations, hypoxemia or hypercapnia. For accurate results, it is recommended to use a series of tests, not just one test. The cognitive areas most frequently affected are memory, attention, motor and executive functions, naming ability, and visual-spatial orientation.
On the other hand, COPD cases without comorbidities are rare. This disease is often associated with both respiratory pathologies such as pulmonary hypertension (3-84%), obstructive sleep apnea (58-88%) or lung cancer (3-22%) and non-respiratory comorbidities such as systemic arterial hypertension (14-71%). ischemic heart disease (4-68%), depression (12-49%) and diabetes mellitus type 2 (10-33%). Although the number of comorbidities increases with age, special attention should be paid to cognitive-related comorbidities: cerebrovascular diseases, cardiovascular pathology, diabetes mellitus, and sleep apnea syndrome. These pathologies should be managed according to current guidelines.

Effects of Treatment on Cognitive Impairment in COPD Patients

Studies show that 50% of COPD patients abandon prescribed inhaled medications and oxygen therapy during the first year of treatment, and only 25% use oxygen therapy for activities outside of their home. Moreover, older COPD patients and those with cognitive impairment have even lower levels of adherence to inhalation therapy. The cognitive state affects the patient’s ability to remember when and how to use the inhaler devices. Poor executive function is often associated with “know-not-to-know” discrepancy. All of these factors listed above have a negative impact on treatment compliance and self-management.
The dyspnea-immobility-muscle dysfunction cycle developed by COPD patients leads to isolation, depression and low compliance to pulmonary rehabilitation programs. Given the multifactorial aspects of adjustment and the high prevalence of MCI among the COPD population, pulmonary rehabilitation programs should be tailored to the needs of the subject.
On the other hand, these programs have positive feedback on respiratory symptoms and neurological function. Screening for these comorbidities should therefore be considered during the initial evaluation of pulmonary rehabilitation. Cognitive behavioral therapy or psychological support should be considered when psychological difficulties prevent self-management of the disease and compliance.
Another condition that should not be ignored in patients with COPD is gait disturbance. More evidence suggests that muscle loss, low exercise capacity, and functional mobility lead to a significant risk of falling. Interventions involving coordination, balance, and strength training have proven effective in older adults. However, balance training and fall prevention strategies are still not specified in pulmonary rehabilitation guidelines, and very few rehabilitation centers have a standard balance assessment. Although regular use of long-term oxygen therapy (UDOT) is associated with a reduced risk of cognitive impairment in patients with COPD, it is still debated when and to whom it should address. However, in patients who develop intermittent hypoxaemia (during exertion or sleep), early oxygen supplementation should be considered to prevent irreversible neurological damage. During COPD exacerbations in hypercapnic respiratory failure, non-invasive ventilation is a key management tool that significantly reduces mortality and morbidity. Rapid initiation of CPAP therapy prevents cognitive impairment from settling.
Patients with chronic respiratory conditions such as obstructive sleep apnea, chronic obstructive pulmonary disease, or idiopathic pulmonary fibrosis are often associated with cognitive impairment. Neurological evaluation should be included in the routine diagnostic algorithm of these conditions to assess the overall impact of the disease on the patient’s quality of life and prognosis. Physicians who notice signs of memory loss, disorientation, gait disturbance, and even non-pharmacological / non-pharmacological treatment should screen their patients for cognitive dysfunction. For a better result, subjects identified with mild cognitive impairment with a screening tool should be referred to a neurologist for a comprehensive assessment, and chronic lung disease management tailored to the individual’s needs.