General physical and mental health represents a prerequisite for an optimal quality of life. Highly complex mental abilities such as memory, processing speed, attention, language of guidance, reasoning and problem solving are vital to the daily functioning and activities of daily life. However, these abilities tend to decline as part of normal aging. The rate of cognitive decline varies significantly depending on genetic influence, early environment, education, and social class in adulthood. A significant decrease in cognitive functioning has also been attributed to lifestyle behaviors such as alcohol consumption, fruit and vegetable intake, smoking, and low exercise (both physical and mental training) are associated.
Severe cognitive decline is not inevitable, but given that cognitive impairment and severe cognitive decline are important predictors for dementia development, it remains one of the biggest concerns in the current climate of our aging population around the world. Developing realistic strategies and interventions to reduce cognitive decline and prevent dementia should be seen as a high priority by governments around the world. 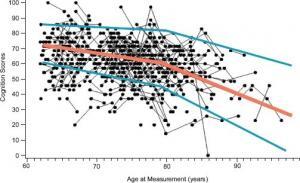 An ideal cognitive function is fundamental to independence, productivity, and quality of life; The progressive decline in cognitive abilities associated with cognitive impairment and dementia makes these conditions the most feared scenarios as we approach old age. The human brain appears to be under constant modifications depending on cardiovascular health, lifestyle or injury throughout life. Some changes are part of the normal aging process, while others are more severe and debilitating with an underlying neuropathology process.
There is no clear consensus on defining healthy or successful cognitive aging, but it can be defined as the minimal change in the spectrum of normal cognitive decline with aging and aging of most cognitive skills. There is a huge explanatory gap in understanding the biological underpinnings of cognitive aging across the entire spectrum, or what determines a slowed down information processing and multitasking.
Moreover, there is not enough information about the mechanisms underlying different neuropathological changes and whether individual choices of lifestyle behaviors can enhance these mental abilities or slow down the cognitive aging process. A cognitively repeated question is whether the decline in cognitive performance is associated with healthy or pathological aging processes.
Aging affects cognitive functions, particularly those associated with executive processing and other functions of the frontal lobe. Age-related changes in memory and other cognitive skills occur at different rates (for example, reasoning skills, visual-spatial ease, and verbal memory decrease faster throughout life, while vocabulary, attention, and calculation are more resistant to aging). Learning, mental processing, and visual-motor functions such as visual-motor coordination gradually decline with age, suggesting that changes in certain skills are intertwined with a more global downward trend that changes with various cognitive functions. However, there is also evidence that the adult brain exhibits neuroplasticity and neurogenesis. 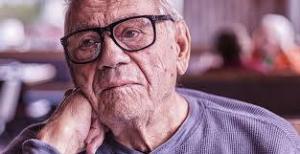 A distinction between the two categories of cognitive abilities was proposed by Raymond Cattell and further developed by John Horn. They suggested a clear distinction between all cognitive abilities in fluent and crystallized intelligence. Fluent cognitive ability is considered a measure of cognitive ability involved in processing new information (e.g. working memory and problem solving) efficiently and with increased flexibility. These aspects of cognition are particularly sensitive to aging. The absolute level of fluid intelligence measured at any point in later life depends on both genetic inheritance, education, the highest level of cognition achieved throughout life, and the rate of decline at that age. On the other hand, crystallized cognitive functions based on over-learned cognitive skills and abilities or accumulated knowledge are preserved or even improved during the aging process, except in the advanced stages of cognitive impairment or dementia.
The subtle decline in fluent cognitive abilities is thought to begin as early as age 50 and includes a subtle impairment in fluent cognitive abilities such as memory, verbal fluency, visuospatial and structural. (ability, attention, speed, and concentration) Previous evidence has emphasized that cognitive speed is reduced by about 20% at age 40 and 40-60% at age 80. A major methodological challenge is understanding the variety and typology of cognitive decline, the time of onset of the decline, and the reasons for this change.

The term memory has been used broadly to refer to mental processes that involve encoding, storing, and retrieving information. Memory functions can be classified according to their temporal scale (short term versus long term) and type of memory function (eg declarative versus episodic, and semantic). Some of these aspects are more vulnerable to the effects of aging than others. 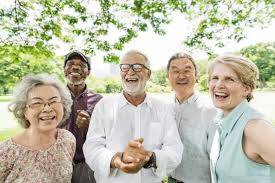 For example, Nilsson investigated episodic, semantic, and short-term memory, priming, and procedural memory throughout life, in a large longitudinal study, and in episodic memory, a fixed age-related memory measured by free recall, clued recall, source recall, has found a decline. There was an increase in semantic memory capacity until the age of 55-60 and there was a significant decrease after that. Other types of memory remained unchanged. Episodic memory refers to remembering past experiences, places or times and has been a central focus of research in cognitive aging.

Slower mental processing has often been identified as an underlying factor for other cognitive deficits, such as attention disorders. Methods of assessing mental processing speed are typically either computer-assisted reaction time tasks or paper and pencil tests that may require some degree of psychomotor function. Tasks such as the Stroop test (word reading and color naming)[andTrailMakingareconsideredgeneral(multidimensional)speedtestsincludingtheratiosofreadingnamingperceptualandvisual-motorfunctions[veTrailMakingokumaadlandırmaalgısalvegörsel-motorfonksiyonlarınoranlarınıdaiçerengenel(çokboyutlu)hıztestleriolarakkabuledilir
The Stroop task is designed to measure cognitive control and assess the ease with which a person can keep a target in mind while suppressing a habitual response in favor of the less familiar. Tracing measures attention, speed, and mental flexibility. Mental speed is considered highly vulnerable to the effects of the aging process. A central hypothesis is that increasing age is associated with impaired psychomotor speed used in many cognitive processes.