Cancer healing predicted by chemotherapy or radiation therapy can impair hormone production, ejaculation, and spermatogenesis for a long time or even permanently. These aggressive treatments can also lead to higher DNA sperm fragmentation. For cancer patients with designated therapy, freezing one or more semen samples (including surgery, X-ray for further diagnosis) prior to initiating any medication and manipulation is an option for further fertility preservation.
Although cryopreservation of sperm does not guarantee fertility preservation or pregnancy, it is important to consult the patient/couple and encourage them to do so. Still, in patients with terminal loss of spermatogenesis due to cancer treatment, frozen specimens are the only hope of conceiving a biological child. In the case of a female partner, counseling should take into account that the fact that female age is an important factor in conceiving and delaying ART or natural conception can seriously reduce the chances of having a baby.

Despite advances in modern science and reproductive medicine, for some men the only chance of conceiving a child is with donated sperm. In cases where male infertility is diagnosed after a comprehensive examination; severe hereditary conditions have been established, or a couple with male factor infertility has multiple in vitro cycles. No positive results were obtained, using donated sperm is an option. The use of donor spermatozoa in fertility treatment may affect the psychological state of the couple and the relationship between spouses and relatives. Psychological support can help to detect infertility and make informed choices for further fertility treatment. Superoxide anion, hydrogen peroxide (H 2 O 2), hypochlorite (OHCl) and hydroxyl radical (OH) are highly reactive oxygen species (ROS) and their production occurs during the normal metabolism of the cell. In semen, ROS is mostly produced by leukocytes and immature spermatozoa and is involved in acrosome reaction, capacitation, mitochondrial stability, and fusion with the oocyte. The imbalance between ROS formation and the inability of antioxidants to neutralize excessive ROS production is defined as oxidative stress (OS). Since seminal plasma contains antioxidants and has natural antioxidant capacity, it provides free radical balance in sperm; Overproduction of ROS and OS causes lipid peroxidation, protein alterations, DNA damage and sperm death, which can affect male fertility.
High concentrations of ROS as a potential cause of male infertility have been studied since 1943. The potential internal yield of excess ROS may be the result of damaged or abnormal spermatozoa, varicocele, cryptorchidism, testicular torsion, infection, inflammation, and aging. Some external factors, such as exposure to toxins (toluene, methoxyethanol, sulfur dioxide), metals (cadmium), chemotherapy, and ionizing radiation (cancer treatment), can also affect ROS levels and produce OS.
Studies show an association between high ROS levels and abnormal sperm concentration, motility, morphology, higher DNA damage and apoptosis. Comparison between infertile men and donors showed that excessive ROS values ​​have 68.8% sensitivity and 93.8% specificity in correlation with poor semen parameters and can result in infertility.
It is important to understand the physiological role of ROS as they are involved in sperm capacitation, hyperactivation and formation of sperm-egg fusion. ROS plays a role in the increase of intracellular cyclic adenosine monophosphate (cAMP), followed by protein Kinase A activation and increased tyrosine phosphorylation. These changes lead to sperm capacity and hyperactivation, the sperm membrane becomes unstable and initiates the acrosome reaction. These release non-enzyme acrosin, proacrosin, inhibitor-bound acrosin, hyaluronidase, acid phosphatase, beta-glucuronidase, beta-glucosidase, beta-acrosome enzymes. N-acetylglucosaminidase, beta-galactosidase and beta-N-acetylgalactosaminidase enable the sperm cell to attach to the oocytes zona pellucida (ZP).
Unstable ROS levels can compromise semen quality and functions, and keeping them at normal concentration is considered essential for fertility. Oxidative stress and nutritional status are important for every person as antioxidant deficiency and malnutrition can alter health in general. ROS is also associated with various respiratory and cardiovascular diseases, neurodegenerative, digestive disorders and even cancer. The clinical significance of OS regarding fertility has been extensively studied. Clinical awareness of nutritional balance in the onset, progression, and outcome of disease is still limited, but balanced dietary nutrients and antioxidants are needed and needed.

In Vitro Processing of Sperm Samples 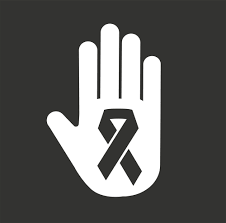 A man’s ability to become a biological father is not only a result of normal sperm count, but is also linked to normal function of the male reproductive system and sperm activity. Failure in sperm production or low sperm count and motility, poor morphology, impaired sperm motility and cervical mucus, uterus, ampulla from the ovaries, capacitation and acrosome reaction, zona peluccida attachment, etc. It can cause infertility in men.
Different protocols for sperm processing have been developed to overcome male infertility in ART. There is still much debate about the precise effect and benefits of certain techniques used in sperm processing to achieve pregnancy. Selection of an appropriate technique should be highly individualized according to the couple’s infertility history and ART treatment plan and semen quality. Isolation of an optimal fraction of spermatozoa (higher count with progressive movement, morphologically normal ratios) provides the opportunity for selection and use of sperms with better fertilizability and higher chances to contribute to a viable fetus, intrauterine insemination (IUI), IVF or ICSI .
Two of the most researched methods for sperm processing in ART, density gradient centrifugation (DGS) and flotation (SU) – have been studied in detail. Compared to the fresh sample, the processed sample has lower DNA fragmentation rates and lower ROS concentration regardless of which method is used.
Since there are studies investigating telomere length in reproductive cells (oocyte and spermatozoa) and their association with infertility, it can be assumed that shorter telomeres in spermatozoa are a factor causing idiopathic infertility. Truncated telomeres and altered DNA integrity in sperm can adversely affect fertilization, pronuclei formation, embryo morphology and quality, and thus compromise blastocyst formation and implantation. Sperm obtained with DGC or SU have longer telomeres compared to sperm cells in raw semen.
Some substances such as pentoxifylline (especially a methylxanthine derivative used in the treatment of intermittent claudication and other vascular disorders) can increase the motility and quantity of motile sperm after the procedure. It was observed that sperm viability increased in infertile men with oligoasthenozoospermia using pentoxifylline mainly in poor quality samples. Specimens obtained with PESA or TESE can also be improved by applying this xanthine derivative in culture, thereby increasing sperm motility.
Sperm preparation methods, combined with the technical advantages of MSOME, allow the selection of sperm cells with the best predictive values ​​for ART treatments. There are some limitations with each method used, and this is now an open area to explore and create new non-invasive protocols for sperm selection in routine practice.
Spermatogenesis is a complex process of division and formation of male reproductive cells. It is highly sensitive to various internal (hormonal regulation, donors, growth factors) and external (nutrients, therapeutics, drugs, hormones and their metabolites, different toxic substances or X-radiation, increased temperature) factors. Considering that each new generation of sperm takes about 3 months, it should be considered that clearance of undesirable effects will be the result of time-consuming treatment or lifestyle changes.
Modern society – environment, lifestyle and diet are suspected to be detrimental to different processes in the organism such as spermatogenesis and can adversely affect the quality and quantity of life throughout a human lifespan, including reproductive ability. Considering that sex formation occurs during early fetal development, attention should be paid to the dangerous habits, lifestyle and environmental characteristics of the mother.
Events during pregnancy can also affect male fertility later in life. In some special cases, with prolonged exposure to high doses of toxins, chemotherapy or radiotherapy, spermatogenesis regeneration will likely take years or may never be regained. A healthy lifestyle combined with regular medical checkups and tests can show timely and even prevent urological or fertility problems.