The biopsychosocial paradigm characterizes health psychology and certain areas related to quality of life that are analyzed in depth by this discipline. The perspective of the biopsychosocial paradigm was introduced by George Engel, who uses the term biopsychosocial approach as a privileged method to both solve and understand health and disease processes along the existential pathway and express forms of care. The biopsychosocial model is inspired by the complexity paradigm, which contrasts sharply with the hierarchization of the sciences as well as biomedical reductionism. Von Bertalanffy considers a set of interrelated events to be a system that lays out certain functions and properties according to the level at which it is placed compared to a larger system. In fact, this systems theory states that all levels of the organization are interconnected so that the change of one affects the change of the other. For example, a biological change affects the psychological level and the social level and vice versa.

The biopsychosocial model refers to three basic principles: dialogue-connection, relationship, and humility. This paradigm sees the person as a whole and a genetic heir, a subject of thinking and decision, as well as a historical-cultural and family issue. The axioms of this model are inclusive (focused on the understanding of diversity) and not exclusive. The perspectives of this approach are considered global, always taking into account the biological, psychological and social aspects together. Hence today, reference is made to the biopsychosocial model whose basic assumption is that each health or disease state is the result of the interaction between biological, psychological, and social factors. Hence, it goes beyond the old dualism that separates the body from the mind and is an attempt to see people as a whole.
It is based on the basic concept that the person represents a biological unit consisting of both body and mind, that is, composed not only of a biological body but also of spiritual and emotional factors, and only plays a decisive role in balancing his life. It is the occurrence and development of not only individual but organic diseases. Hence, health can be understood as the product of the interaction between a physical-mental-social unit. Indeed, anyone who wants to understand another person adequately cannot simply observe the integrity and complexity of individual aspects, which, despite being important, do not allow him to understand his general situation, but rather must take over and approach him. The centrality of this model has been confirmed by the scientific literature. This model marks the transition from a traditional medical model that focuses solely on the body and disease as a purely biological event, to a person-centered drug.
It is aware that a biopsychosocial screening today can help plan a more effective treatment in the case of illness and also prevent distress, rather than a compartmentalized medical and psychosocial model approach. Humans tend to grow through the development of complex systems that are intertwined with each other and affect three main areas explored by the biopsychosocial paradigm model. These areas are as follows:
• Biological part consisting of all systems and subsystems that are part of it,
• part of the mind,
• Last but not least the interpersonal / social part,
These three areas are always in interaction with each other and are always present in every life event. Therefore, any change in the patient’s health status is recognized by a change in the integration between these three interconnected and intertwined systems. It means simultaneously examining the relationships between these three systems in order to approach the concept of quality of life and the knowledge and care of one’s complexity.
Consequently, the concept of quality of life (as intended in the field of medicine and health psychology) mainly refers to the physical, cultural, social and psychological well-being of the individual. It is also necessary to take into account the cultural context and value and, moreover, to consider the individual’s goals, standards and life expectancy. For this reason, many studies have proposed to develop a quality of life model that integrates objective and subjective perspectives. Some researchers have also focused on the multidimensional nature of this structure by analyzing some key areas in depth. These are physical well-being, emotional well-being, material well-being, potential development of the subject, and daily activities. Other researchers have proposed a holistic model that defines the quality of life as a dynamic process that connects social reality with individual reality, emphasizing the importance of environmental factors and personal factors, and a holistic model built by the constraints and resources of the person. 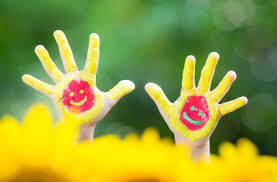 It can be concluded by stating that the quality of life fiction is an indicator of the financial well-being expressed by money earnings and economic resources, the psychophysical well-being of the individual and the effectiveness of the programs implemented for support purposes. Evaluation of the quality of life can be carried out according to different methodological approaches. It should be noted, however, that making this structure unified operational can sometimes be quite difficult due to its complexity.
It is also stated that a basic distinction between self-report questionnaires can be made according to their goals. They can be hymnal or refer to quality of life in relation to a specific disease such as HIV. In particular, in a heterogeneous population such as intelligence tests, generic measurement of the first type can be used indifferently. In addition, generic measuring devices are divided into two macro categories. There are profile tests, in which the scaffold represents the evaluation of multiple dimensions of quality of life, individually observable or tests that offer a single synthetic score. Each approach has advantages and disadvantages to consider when choosing for a specific goal. Instead, according to another methodological approach, the subjective dimension of the illness experience is privileged to allow in-depth analysis of the quality of life understood as a life process capable of confronting pathological events. From this point of view, semi-structured interviewing can also be useful. In any case, it is always important to integrate objective observation with the subjective part, because, as noted, the biological, social, and psychological dimensions are always intertwined.
In conclusion, it makes sense to refer to what is declared by the International Association for Quality of Life Studies in this context. He stated that the quality of life in general includes both an objective perspective and a subjective perspective and includes areas related to material well-being, health, productivity, emotionality, security, society and inner well-being. The objective sphere contains a solid measure of objective well-being, while the subjective sphere includes personal satisfaction. Personal satisfaction should be linked to the individual’s emphasis on some subjective and cultural values; However, it should be noted that the goal definition can be misleading. Social indicators are often chosen from a theory or based on the availability of individual valuation data that influence researchers’ preferences. Also, the social situation in which the questionnaire was developed has a great impact. On the other hand, it should be noted that if the perception of quality of life is reduced to a simple psychological consumer satisfaction survey, it is really a limited perspective. Because evaluating all the relational, social and cultural aspects of the quality of life (referring to the biopsychosocial paradigm) is lost. Undoubtedly, all sets of information obtained through evaluations must be collected in a scientific method that is technically reliable and based on shared hypotheses. It is also necessary to rely on constructive epistemological and methodological interpretations.
It is important that researchers do not attribute an unquestionable value of truth to the data collected, but rather a map that allows it because of its characteristics and controllability. The goal is not simply cognitive in the abstract, but rather to trigger a process of knowledge, elaboration, and participation in the relevant population, especially if the research aims to find a common priority scale. It is also important to note that it is the duty of every mental health professional to work towards maximizing people’s well-being and quality of life. However, this task cannot be the sole responsibility of the professionals of this discipline. Rather, anyone dealing with individuals, groups, organizations and institutions in any capacity should have a common goal. To do this better, people must be treated in their complexity, using this biopsychosocial paradigm and articulated quality of life concept.