The analgesic effects and toxicity of anesthetics of LAs are due to the same mechanism of action; this is the interaction in sodium channels. The therapeutic efficacy and safety of LAs have been proven from the time they were discovered, and these are definitely harmful effects that lead to the search for safer agents. In 1905, Braun mentioned what a new LA should have. These;
• In addition to producing local anesthesia, any new drug in this group should have the following properties,
• It should be less toxic than the current standard,
• Should be irritating or not damaging the tissues,
• It must be soluble in water and stable in solution
• It must be mixed with adrenaline and rapidly absorbed into the cell membrane. 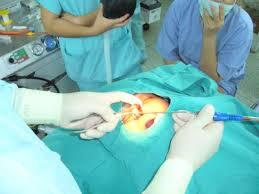 More than a century has passed since these recommendations, but LAs that do not meet these specifications continue to be used. LAs are used with an acceptable margin of safety without ideal medication. This article contains information on the side effects of local anesthesia drugs.

The history of LA toxicity began at the end of the 19th century, when clinicians of that time noticed the harmful effects of cocaine and started looking for better drugs. Albright’s 1979 editorial commented on six deaths from cardiovascular collapse after administration of bupivacaine or etidocaine, boosting this research so quickly that safer drugs are now available. The most important systemic toxic reactions are on the CNS and the cardiovascular system.
The CNS is affected with lower plasma concentrations than those that cause cardiovascular toxicity, and is manifested by changes in cognition, seizures, and coma. Arrhythmias occur with or without cardiovascular collapse, with difficult management and death in the cardiovascular system. The incidence of systemic toxicity has been reduced to 0.01%, with regional obstructions being the most associated with these events (7.5 / 10,000). The current use of ultrasound-guided nerve blocks is likely to reduce these statistics. Toxic effects can be divided into two large groups:
Toxic reactions:
Systemic and local
Not about LAs
Allergic reactions
• LA’ya
• Conservatives or antioxidants
Toxic events still occur in expert hands and are mostly dependent on the type of block and the injected dose. Various factors have been identified:
• The strength of LA: The higher the fat solubility, the greater the potency and the greater the likelihood of cardio and neurotoxicity.
• Isomerism: LAs containing a dextroisomer are more toxic than levoisomers. First, sodium channels have been shown to have a higher affinity to the effector region.
• Total administered dose (plasma concentration): The toxicity is related to the plasmatic AL concentration and this is directly dependent on the total administered dose. Epidural blocks and swelling subcutaneous infiltrations use the highest doses of LA and have been associated with toxic events.
• Injection site: Although the LAs are modified by factors such as blood absorption, the type of anesthetic injected, the addition of vasoconstrictor, the injection speed and frequency, in general, it varies according to the injection site. The interpleural path supports high absorption due to its large injection surface and vascular structure. However, this route has not been more frequently associated with systemic toxicity, perhaps due to the lung’s capacity to fix and eliminate LA concentration up to ~ 40%. Spinal administration does not produce systemic toxicity from small doses and reduced vascularity. Injections close to the brain (face, nose, mouth, neck) have a greater likelihood of neurological systemic toxicity.
• Patient health: Factors such as age, liver and kidney dysfunction, hypoxemia, acidosis, pregnancy, and pharmacological interactions (cytochrome P450 inhibitors) alter the likelihood of systemic toxicity. 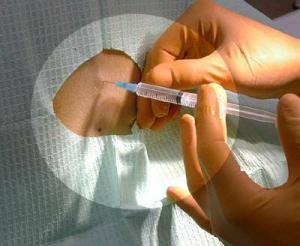 The toxic effects of LAs on the cardiovascular system are divided into two groups; Physiological changes caused by some regional anesthesia techniques and the effects of these drugs on sodium, potassium, calcium channels and beta myocardial receptors. These side effects on the cardiovascular system can be explained by the following four mechanisms:
• Local effect due to blockage of sympathetic preganglionic fibers secondary to neuraxial injection of LA.
• Direct cardio depressant / arrhythmogenic effect due to sudden and high plasma concentrations of the local anesthetic via intravascular injection or exaggerated absorption from the injection site.
CNS mediated cardio depressant effect
• Systemic absorption of the toxic dose may cause spinal depression and secondary circulatory collapse.

The toxicity of LAs on the nervous system manifests itself in two areas; those triggered by high blood concentrations and those due to its effects on sodium channels in the CNS and those resulting from the direct administration of the anesthetic to or near neural structures, especially the injection of lidocaine into the subarachnoid space.

It is well known that continuous perineural injection and direct intramuscular injection of LAs have toxic effects on striated muscle causing inflammatory changes. These drugs act on the outer cell membranes and the membranes of intracytoplasmic organelles, particularly the double mitochondrial membrane. Bupivacaine produces changes in active intracellular oxidative metabolism by depolarizing the mitochondrial membrane and oxidation of the pyridine nucleotide. This results in the opening of the permeability transition pore (PTP), a type of channel found in intracellular membranes that plays an important role in various forms of cell death.
Mechanisms of injury include early and late abnormalities towards cytoplasmic calcium (Ca 2+) homeostasis with sarcoplasmic reticulum Ca 2+ ATPase and cytochrome C release. All these changes were due to bupivacaine concentration and are found only in voluntary striated muscle mitochondria, while mitochondria from esophageal muscle are resistant to bupivacaine. In rabbits, the placebo group had continuous axillary block with placebo with 0.25% bupivacaine versus 24 hours neutrophilic infiltration, while the group receiving bupivacaine had a large amount of eosinophils.
One week later, lymphocytes, plasma cells, macrophages, and fibroblasts were found along with muscle regeneration data. Zink et al. He compared bupivacaine with ropivacaine and showed that the former produced necrosis and apoptosis in muscle fibers, while the latter produced less severe changes in porcine skeletal muscle. The same researchers confirmed their preliminary results that bupivacaine 0.5% was more myotoxic than ropivacaine 0.75%, inducing irreversible myonecrosis with calcium deposits, scar formation, and muscle regeneration. The incidence of myotoxicity in ophthalmic studies was 0.77%.
Inflammatory changes within a few days after exposure signaled the onset of myotoxicity and muscle degeneration persisted within the first week after exposure. Recovery time in human muscles ranged from 4 days to 1 year. Partial and complete recovery was not observed in 61% and 38% of the patients, respectively. All LAs studied have a similar myotoxic potential for the tissue changes produced, but they differ in the density of these lesions. Bupivacaine and chloroprocaine are the most toxic, and procaine and tetracaine are those that cause minor changes. 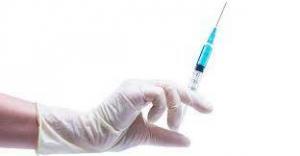 Prilocaine is metabolized to O-toluidine, which can cause methemoglobinemia in susceptible individuals, especially when used in excess of 500 mg. In pregnant women, this problem is even more critical as fetal blood reduces methemoglobin weakly. Treatment is done with 1-5 mg of methylene blue.

With the analgesic effect of peripheral nerve block performed with LAs with a disproportionate intensity depending on the type of surgery performed, a state of hyperalgesia known as rebound pain may occur 12-24 hours postoperatively. It is classified as a complication of peripheral nerve blocks of unknown etiology. Several factors have been considered, including the neurotoxicity of LAs, their effects on nociceptors, direct neurotrauma, and the possibility of hyperalgesia caused by systemic opioids before or during block. Although its frequency is not known, it has been reported up to 40%, especially in outpatient surgery. It is an important complication because it prevents postoperative evolution, disrupts sleep, increases the need for opioids, and delays hospital discharge.