Actinobacteria have many properties that make them good candidates for application in bioremediation of soils contaminated with organic pollutants. In some contaminated areas, actinobacteria represent the dominant group among destructors. They play an important role in recycling organic carbon and can degrade complex polymers. Sanscartier and his team reported that the greater use of petroleum hydrocarbons, widely used as chemical compounds and fuel in everyday life, has become one of the most common contaminants of large soil surfaces and is ultimately considered a major environmental problem. According to some reports, streptomycesflora plays a very important role in the degradation of hydrocarbons.
Many actinobacterial strains have the ability to dissolve lignin and degrade lignin-related compounds by producing cellulose and hemicellulose-degrading enzymes, extracellular peroxidase. Actinobacteria species have the ability to survive in an oily environment and can therefore be used in bioremediation to reduce petroleum contaminants. Nocradiopsis sp. SD5 degraded hair waste by producing keratinase enzyme. 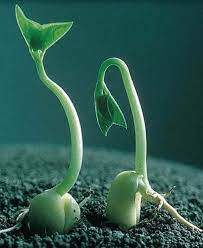 Worldwide efforts have advanced significantly in the search for natural products for the plant protection market. Also, actinobacteria, particularly the genus streptomyces, appear to be good candidates in finding new approaches to control plant diseases. The agricultural industry has a pronounced interest in actinobacteria as the source of agroactive compounds of rhizobacteria and biocontrol devices that promote plant growth. Approximately 60% of the new insecticides and herbicides reported in the last 5 years, streptomyces kasugamycin, is a bactericidal and fungicidal metabolite. Streptomyces kasugaensis acts as an inhibitor of protein biosynthesis in microorganisms, but does not act in mammals and has very good toxicological properties.
It was isolated as a new class of natural fungicides as polyoxin B and D metabolites by Isono et al. In 1965. The ability of polyoxins to interfere with fungal cell wall synthesis, particularly by inhibiting chitin synthase, makes them environmentally acceptable. Polyoxin B has found application against a number of fungal pathogens in fruits, vegetables, and ornamental plants. Polyoxin D is marketed by several companies to control blight caused by rice husk. In 1968, Takeda researchers identified the Validamycin family in a sera test while investigating streptomycete extracts for activity against rice husk blight.
Validamycin A has been found to be a prodrug that is converted in the fungal cell into validoxylamine A, a very potent trehalase inhibitor. This mode of action provides a suitable biological selectivity to validamycin A because vertebrates are not dependent on the hydrolysis of the disaccharide trehalose for their metabolism. Inhibition of the plant pathogen The situation in vitro under Rhizoctonia solani was evaluated with the culture supernatant. Streptomyces sp, the actinobacteria tested have been shown to have the ability to reduce extinction in tomato plants.

It has been known for years that effective control of plant parasitic nematodes depends on chemical nematicides. Hazardous nematicides highlighted the need for new methods of controlling nematodes, due to their negative impact on environmental hazards. Today, a large number of microorganisms are considered antagonists of plant parasitic nematodes. Especially actinobacteria have a potential use in biological control since they are used in antibiotic production.
The production of avermectins by one species streptomyces indicates that soil-borne organisms are capable of producing highly nematicidal compounds. It produces ivermectin, which has an excellent activity against S. avermitilis. Similarly, various other antiparasitic compounds include different streptomyces sp, salinispora sp, and Marinactinospora sp. It also contains milbemycin, antimycin A9, fervenulin, bafilolides, valinomycin, salinosporamide, kalafungin, thiamycins and axenomycins.

Despite its well-documented history, streptomyces strains have not been adequately researched for their potential PGPR, particularly in preliminary evidence of their capacity to increase streptomyces biocontrol and plant growth. While the beneficial effect of some PGPR strains on certain crops is certain, the mechanisms used by PGPR are unclear. PGPR can affect plant growth directly or indirectly in two general ways. Indirect promotion occurs when PGPR reduces or prevents the harmful effects of one or more harmful microorganisms. This is mainly achieved through biological control or antagonism of soil plant pathogens. Specifically, colonization or biosynthesis of antibiotics and other secondary metabolites can prevent pathogen invasion and settlement. Direct stimulation of plant growth by PGPR occurs when the plant is supplied with a compound synthesized by bacteria or when PGPR otherwise facilitates the plant’s uptake of soil nutrients.
Merriman et al. Used the S. griseusarpa strain as seed to increase the growth of oats, wheat, and carrots, and the isolate was initially selected for biological control. S. griseusizolate increased average grain yield, dry leaf weight, rudder number and forward head output for both wheat and oats compared to controls, but for carrots the isolate as seed was more successful. In two separate field trials, marketable returns were increased by 17% and 15% compared to controls. Specifically, both studies showed increased yield of large and very large quality carrots compared to controls. El-Abyad et al. Observed Fusarium and Verticillium wilt, early blight, and bacterial tomato secretion in the control of three streptomyces spp bacteria. The isolates used are streptomyces pulcher, canescens and citreofluorescens. In addition, as streptomyces spp seed coat, tomato growth was observed to be significantly improved by antagonistic effect. The increased availability of growth regulators produced by the vaccine, although not formally tested, is the suggested reason for improvement in tomato growth. There is limited information available on streptomycetes as plant growth promoters, thus explaining the possibility of their direct growth-enhancing mechanisms. Like most rhizobacteria, streptomycetes are likely to have the ability to directly increase plant growth.

Various synthetic pathways have been identified by Manulis et al., Including the production of the plant hormone indole-3-acetic acid (IAA) and streptomyces sp.
• S. violaceus,
• Streptomyces uyuz,
• S. griseus,
• Streptomyces eksfoliatus,
• S. coelicolor,
• S. lividans,
While previous studies reported IAA synthesis, streptomyces spp was the first confirmation of its manufacture using modern analytical methods such as high performance liquid chromatography (HPLC) and gas chromatography (GC) – mass spectrometry (MS). Aldesuquy et al. Studied the effect of streptomycete culture filtrates on the growth of wheat plants that significantly increased in fresh shoot mass, dry mass, length, and diameter, and statistically monitored certain strains at various sample times.
Streptomyces olivaceoviridis has a pronounced effect on the yield components of wheat plants. This activity is at least partially bioavailable, which is PGPR produced since all PGPR strains. And this may be due to an increase in phyto hormones that produce significant amounts of exogenous auxins (IAA), as well as gibberellins and cytokines. 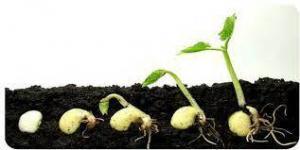