Actinobacteria are known for producing primary and secondary metabolites with important applications in a variety of fields. It is also a promising resource for a wide variety of important enzymes produced on an industrial scale. Most of the antibiotics in the market are obtained from these bacteria. They produce enzyme inhibitors useful for cancer treatment and immuno-modifiers that increase the immune response. They are capable of breaking down a wide variety of hydrocarbons, pesticides, aliphatic and aromatic compounds. They perform microbial transformation of organic compounds, a field of high commercial value. Members of many actinobacteria genera can be potentially used in bioconversion of underused agricultural and municipal waste into high value chemical products. Actinobacteria are also important in plant biotechnology because strains with antagonistic activity against plant pathogens are useful in biological control. It offers a powerful field for research on metabolic potentials.

Actinobacteria play an important role in the production of a variety of drugs that are extremely important for health and nutrition. Recently, diseases due to multidrug resistant pathogenic bacteria are increasing, and so the search for new antibiotics is effective against multidrug resistant pathogens. It has been observed that natural products with new structures have beneficial biological activities. Despite significant progress in the areas of chemical synthesis and engineered biosynthesis of antibacterial compounds, nature always remains the richest and most versatile source for new antibiotics. The toxic nature of some antibiotics has led to their limited use, although thousands of antibiotics have been discovered to date. In order to overcome this problem, searches for new antibiotics that are more effective and have no toxic side effects continue. As mentioned earlier, one of the biggest health problems is antibiotic resistance. One approach to solving this problem is to look for new antibiotics with a new mechanism of action. It shows that most antibiotics are derived from microorganisms, especially the actinobacteria species. It is known that almost 80% of antibiotics in the world are derived from actinobacteria, mostly streptomyces and micromonospora species. Streptomyces species in particular produce about 7600 compounds, most of which are secondary metabolites, which are potent antibiotics, making them the primary antibiotic producing organisms used by the pharmaceutical industry. The reason behind the genus’s ability to produce commercially important compounds streptomyces remains superior due to the extra-large DNA complement of these bacteria. It is estimated that more than 12,000 antibiotics have been discovered in the last fifty years, of which about 70% of them are actinobacteria, the remaining 30% are filamentous fungi and non-actinobacteria products. Some of the antibiotics derived from Actinobacteria are as follows:
Aminoglycosides (streptomycin and kanamycin),
• Ansamisinler (rifampin),
Anthracyclines (doxorubicin),
• & # 946; -lactam (sephalosporinler),
Macrolidler (tetracycline)
Streptomyces strains have been used in the production of most known antibiotics, and these organisms are known to produce antibiotics to kill potential competitors. One of the first antibiotics used was streptomycin produced by streptomyces griseus. Indeed, different streptomyces strains account for about 75% of commercial and medically useful antibiotics. During the screening of new antibiotics, several studies are directed towards isolation of streptomycetes from different habitats. Different nutritional and cultural conditions can affect a child’s ability. Streptomyces cultures to create antibiotics, and thus the media structure, together with the metabolic capacity of the producing organism, greatly influences antibiotic biosynthesis.
Antagonistic actinobacteria are used in the production of various antibiotics varying in their chemical structures, antimicrobial effects, toxicity to animals and chemotherapeutic potential. Some of the antibiotics so far isolated from Actinobacteria are crude preparations, others crystallized. In addition, important information was obtained about the chemical structures of lysozyme, actinomycin, micromonosporin, streptotricin, streptomycin and misetin. Some actinobacteria produce more than one antibiotic substance, and the same antibiotic can be produced by different strains. Therefore, a particular antibiotic may be the same even when produced by different actinobacteria, as shown by its chemical composition and spectrum.

A wide variety of biologically active enzymes are produced by both marine and terrestrial actinobacteria. They secrete amylase outside of cells, which helps them perform extracellular digestion. This enzyme is of great importance in the paper industries in biotech applications such as food industry, fermentation and textiles due to its ability to degrade starch. Another important aspect of actinobacteria is the production of cellulases, a collection of hydrolytic enzymes that hydrolyze the glucosidic bonds of cellulose and related cello-digosaccharide derivatives. Lipase is produced from a variety of actinobacteria, bacteria and fungi, it is also used in the detergent industries, foodstuffs, oleochemical, diagnostic settings, as well as industries of the pharmaceutical fields.
Many actinobacteria have been isolated from various natural sources, as well as plant tissues and rhizospheric soil. Its biological functions mainly depend on the sources from which the bacteria were isolated. It is known that especially streptomycetes secrete a large number of proteases in the culture medium. Similarly, actinobacteria have turned out to be an excellent source for L-asparaginase, and it is produced by a number of actinobacteria, such as those isolated mainly from soil. For example, S. griseus are streptomyces karnatakensis, streptomyces albidoflavus and nocardia sp. The roots and rhizomes of various Thai herbs such as lemongrass and ginger have long been used in traditional Thai medicine for stomach pain and asthma. The rhizosphere soil of these plants can be an attractive source of actinobacterial with the ability to produce new secondary metabolites. Enzymes such as catalase, chitinase and urease are also produced from actinobacteria. Interestingly, keratinase, an enzyme that breaks down chicken feathers of poultry, is Nocradiopsis sp. It is SD5 isolated from hair rashes in Tamil Nadu, India. Similarly, actinobacteria isolated from chicken and goat intestines showed the presence of various enzymes such as amylase, protease, phytase and lipase.

Probiotics are live microbial adjuvants that have a beneficial effect on the host in a variety of ways by enhancing the host’s response to disease, by enabling improved utilization of the feed or increasing its nutritional value. Despite some other important applications, attention has been paid to their use as probiotics to marine actinobacteria. Potential of actinobacteria against shrimp pathogens is vibrio spp. Marine antimicrobial agents have been produced as potential probiotic strains due to their ability to break down macromolecules such as starch and protein in the culture pool water. Recently, several studies have been conducted on the possible use of marine actinobacteria for disease prevention against aquatic pathogens.
You and his team recommended the use of actinobacteria for the prevention of vibrio spp and the disease it causes, as marine actinomycetes have activity as a potential organism against biofilm-produced biofilms. In another study by Latha et al on vibrio spp, they screened 18 actinobacteria isolated from chicken for probiotic properties. As a result, they reported that streptomyces sp JD9 is a potent isolate with very different probiotic properties.

Picking is one of the most important criteria for selecting a good probiotic candidate, and this is the process of reversible accumulation of cells with one or more strains. Pheromone production is one of the main criteria for this joining process to occur, including defense against predators, mate selection, and overcoming host resistance with mass attack. In particular, sex pheromone peptides in culture supernatants have been shown to promote aggregation not only with the same species but also with related species. Thus, the ability of a probiotic to self-assemble is a prerequisite for colonization of the gastrointestinal tract, whereas coagulation provides a close interaction with pathogenic bacteria.
Although there are a number of studies available for peptide pheromone-mediated signaling, it is lacking in the case of actinobacteria. Therefore, there is a new report on the isolation and purification of the dispersible aggregation promoting factor, which are pheromones from the potent actinobacterial probion. Streptomyces werraensis LD22 isolated from the intestinal region of the goat was identified by the Muthu Selvam team. S. werraensis LD22 secretes a heat-resistant, acidic, pH-resistant, low molecular weight peptide pheromone that supports the aggregation tendency of other actinobacterial isolates and enhances their biofilm-forming ability.

Naturally occurring vitamin B 12 can be produced by bacteria or actinobacteria. Isolation of vitamin B 12 from actinobacteria fermentations has aroused great interest in possible vitamin production by microbial fermentations. The addition of cobalt salts to the medium apparently acts as a precursor for all actinobacteria to produce vitamins. Since cobalt is a highly effective bactericidal agent, it must be added carefully. Fermentations that produce streptomycin, aureomycin, grisein, and neomycin antibiotics can also produce some vitamin B12 if the medium is fortified with cobalt without apparently affecting the efficiency of the antibiotic agents. Several studies have suggested that some actinobacteria, which are cultures that do not produce antibiotics, produce more of this vitamin than those that produce antibiotics. Leuconostoc citrovorum and coenzyme A. actinobacteria have been shown to produce other water-soluble vitamins.

Production of Fragrance and Flavor Compounds 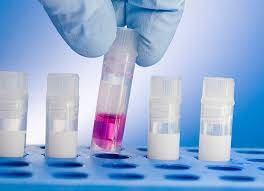 Actinomycetes have long been associated with musty odors in water, but their true contribution to fragrance in fresh water is unknown. However, in the late 1960s, secondary metabolites, geosmin and 2-methylisoborneol (MIB) were identified from actinomycetes cultures. Subsequently, actinomycetes gained an important importance in the water industry as the main sources of drinking water taste and odor. Gaines and Collins concluded that streptomyces deodorizer and soil odor may result from the production of a combination of trivial compounds such as acetic acid, acetaldehyde, ethyl alcohol, isobutyl alcohol, isobutyl acetate, and ammonia.
It has been emphasized that other ingredients that contribute to the fragrance can also be produced. A range of odor-producing compounds from actinobacteria have been identified. Earthy odors in adequately treated water sources cause concern among consumers who think water with these odors is not safe to drink. These odors are the second most common cause of odor problems recorded by water utilities, after chlorine.