Memory can be defined as the ability to acquire and retain new information and bring it back consciously or unconsciously when necessary, consisting of a set of independent systems that cooperate in some way with other systems in the brain. On a daily basis, various tasks are performed, such as reading the newspaper, calculating the tip in the restaurant, imagining a new furniture layout to fit a new sofa in the living room, choosing the appropriate one by comparing the qualities and flaws of the apartments. Finally, there are tasks involving multiple steps that memory must be kept mentally until a result is achieved.

Memory is, in theory, divided into short-term memory, working memory, and long-term memory. In 1890, James was the first to propose separation of memory in two systems: primary memory, which may be equivalent to the concept of working memory these days, and secondary memory, similar to long-term memory. Atkinson and Shiffrini proposed a model known as a modal model that would process information at three interconnected levels. This is defined as (1) modal sensory record, (2) short term memory and (3) long term memory, the second as a permanent information store. According to this model, information from external environmental stimuli is processed in different parallel sensory registers, stored in a short-term system with limited capacity (primary) and then in long-term memory (secondary). In this model, the role of short-term storage is crucial for long-term storage as well as retrieval of information contained in this system. The concept of short-term memory refers to the ability to process and store about four items for a very short time (seconds) that deteriorates rapidly over time. Despite this fast forgetting rate, information can be retained longer in memory through rehearsal. One of the most effective models of working memory is the one proposed by Baddeley and Hitch in 1974. The model assumes two processing and manipulation cycles: the phonological cycle that can preserve and process verbal information, and the visual-spatial sketchbook that processes visual information similarly.
In addition, there is one more attention component, the central executive body that coordinates all the information from these subsystems. More recently, another integrator component has been included in the model; episodic buffer in which information is temporarily held and manipulated before it is finally stored in long-term memory. The episodic buffer is a limited-capacity storage system that temporarily keeps information under the control of the central administrator. Working memory is important in focusing attention, logic, reasoning, planning, strategy, and learning processes.
Long-term memory is defined as the subject’s ability to receive, store, and retrieve information from events that occurred hours, days, months, or even years ago. According to Squire and Zola-Morgan, long-term memory can be subdivided into declarative (or explicit) memory and non-declarative (or implicit) memory. Open memory refers to the ability to keep and consciously recall facts and events; otherwise, implicit memory is independent of consciousness or deliberate recall and relates to progressively acquired learning, motor and cognitive skills. Most memory stored in implicit memory is procedural memory. It includes various types of cognitive abilities that can be measured by an individual’s performance. It occurs through the learning of a range of habits and abilities and makes it easier to remember after exposure to certain stimuli, such as preparation, classical and procedural conditioning, and non-relational learning.
Reporter memory is dependent on the integrity of the medial temporal lobe structures, including the hippocampus, parahippocampal gyrus, entorhinal and perirhinal cortices, fornix, and anterior and mediodorsal nuclei in the thalamus. In particular, it depends primarily on mesial temporal lobe structures, particularly the hippocampus. Declarative memory is conceptually subdivided into semantic memory and episodic memory. Semantic memory depends on the ability to acquire knowledge in general, such as world knowledge, concepts and vocabulary, and is not context-dependent for its connotation. Episodic memory is a type of declarative memory that temporarily receives and stores information and its temporal spatial relationships.
Episodic memory is the person most concerned with the study of false memories. Retrieval, also known as recall or recall, is considered to be the reprocessing of events or information previously encoded and stored in our brains in the past. On the other hand, recognition is a subcategory of declarative memory, defined as the ability to recognize previously encountered events, objects or people. To test pseudo-memory, the word-independent recall task can be applied to subjects because it implies the recall of certain words in a particular situation, i.e. in a certain temporal context, but at the same time, several studies on it actually apply the recognition task.

Emotional reactions can be measured based on subjective reports (eg evaluation scales), goals (eg physiological responses such as heart rate and electrical conductivity), and behavior observation (eg expressions). Human emotional experiences can be characterized by two main affective dimensions: valence and arousal. Valence refers to a continuous assessment that goes through neutral classification, ranging from dissatisfaction (negative valence-unpleasant) to pleasure (positive valence-pleasant). Arousal refers to a continuous assessment that ranges from calmness to arousal. Emotional response to any stimulus (eg images and words) can be classified according to worthiness and arousal. In 1980, the Self-Assessment Manikin (SAM), a non-verbal pictorial measure for the subjective assessment of Lang, valence and arousal, was developed. TM has the purpose of evaluating the affective dimensions of the stimuli used in studies related to motivation, attention and memory more objectively. In this task, a stimulus that usually causes low-valence emotional responses is classified as negative, intermediate neutral, and high levels positive. Similarly, for arousal, low-level stimuli are defined as relaxing, intermediate levels as non-stimulating, and high as arousal.
Words and photos classified as negative or positive values ​​present the level of stimulating arousal and are more likely to be recalled more accurately than similar stimuli classified as neutral and non-stimulating. In addition, some studies have suggested that arousal tends to reduce the coding of the environmental details of the stimulus while enhancing the coding of central aspects of a stimulus through unintentional attention mechanisms. For example, looking at a photograph of an accident between two cars on a highway, people tend to remember the central and important aspects of the event (for example, crumpled cars) rather than the peripheral aspects of the event (for example, a traffic sign or a traffic sign). roadside billboards)
Sometimes these conditions facilitate the formation of false memory when certain environmental details are not well-coded and can be incorrectly re-encoded and retrieved incorrectly in the future. Various studies have shown that episodes with emotional relevance are more likely to be remembered than those that do not: therefore, there are advantages in recovering stimulants classified as stimulants compared to non-stimulant stimuli. Emotion supports better encoding of the memory track due to the more rehearsal, attention and elaboration it provides.
The amygdala is the primary regulator of emotional memory, without which emotional effects on memory do not occur. The amygdala is responsible for the increased influence of emotion on declarative memory. The amygdala affects memory while encoding, modulating, as in storage, or increasing the activity of other brain regions such as the hippocampus. On the other hand, when it comes to emotional stimuli, the hippocampus affects the responses of the amygdala. A case study of a patient with a bilateral amygdala lesion relates that he fails to take advantage of the typical benefit of emotion in enhancing memory for images with positive or negative emotional content.
Another interesting data comes from a functional magnetic resonance study based on blood oxygenation level-dependent functional magnetic resonance imaging (BOLD fMRI) and reports that Parkinson’s patients exhibit abnormal amygdala activation associated with deficiencies in responses to emotional stimuli of fear. Emotion has two main effects on explicit memory, both of which are mediated by the amygdala: the effect during encoding, including increased attention and elaboration, and the postcoding effect, which includes cortisol release and increased consolidation of the memory trace.
During memory consolidation, hormones secreted in the hypothalamus-pituitary-adrenal axis under the influence of the amygdala act by helping to store impulses in the hippocampus, making them more resistant to forgetting and intervention. This way it facilitates the recall. Emotional valence can affect explicit memory by altering the release of stress hormones that interact with the amygdala, through its effect on the activity of the adeno-pituitary gland. The modulation effect of affective valence through the action of the amygdala is particularly effective in areas of memory consolidation such as the hippocampus. Studies have shown that the amygdala and hippocampus systems are independent. For example, one of these studies used the fear-conditioning paradigm in which the appearance of a blue square on the screen was stopped by a shock to the wrist. Patients with amygdala lesions did not show the normal physiological response to fear of shock escape, although they reported that the blue square preceded the same thing. 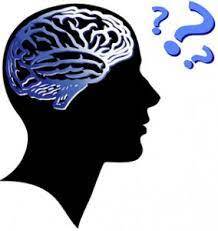 That is, the prediction of what will happen, the event itself, was solid, because while this is connected to the hippocampus, the emotional attachment does not. Patients injuring the hippocampus showed an opposite pattern. There is evidence that amygdala activation can be altered by attention. When sources of attention are divided into another focus, the amygdala does not respond differently to faces of emotional content, indicating that emotional processing in the amygdala is sensitive to “top-down” control. Other important anatomical areas that are activated during emotional memory processing are the anterior cingulate cortex, nucleus accumbens, septum, ventral tegmental area, insula, somatosensory cortex, and brainstem. A study on functional neuroimaging demonstrated a relationship between activation of the anterior cingulate cortex, emotion, and attention.
In 2000, Bush et al. Published a review citing several studies demonstrating the role of the anterior cingulate cortex in a circuit involving attention in the regulation of cognitive and emotional processes. Evidence suggests that this area is activated during the perception of emotion, compassion, and pain during the symptoms of post-traumatic disorder and the detection of errors. The anterior cingulate cortex is concerned with the instinctive, attentional, and emotional integration of information about the regulation of compassion and other “top-down” forms of control, respectively. It is also suggested to be the key substrate for emotional awareness and the central representation of autonomic arousal.
These neuroimaging studies, including various types of emotional stimuli, identified the emotional subdivision of the anterior cingulate cortex. This field appears to be activated when the subject has to track conflicts between any new information that has emotional and emotional consequences regarding the functional state of the organism. When such conflicts are detected, areas of the anterior cingulate cortex are projected into the prefrontal cortex and nuclei of the base where response options are to be evaluated.
The prefrontal cortex plays an important role in emotional feedback; In particular, the ventromedial prefrontal cortex is active when decisions need to be made according to the emotional characteristics of stimuli. In general, behavioral choices that require decision making are influenced by the immediate emotional outcome of a situation (for example, a reward). In these cases, regions of the left prefrontal cortex are active when associated with target appetite states, while the right prefrontal cortex is negatively activated.