The importance of getting enough sleep is known, but if there is a condition called obstructive sleep apnea, people are refreshed even if they sleep for more than 8 hours. 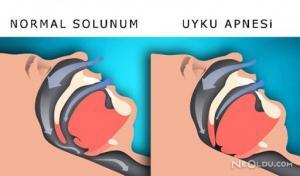 He cannot wake up feeling. A person may be asleep for seven to eight hours, but still feel tired due to not going into deep sleep. Everyone needs deep sleep to revitalize and regenerate. Snoring can cause a bad night’s sleep for the person and the person sleeping next to him. If snoring happens because you have obstructive sleep apnea (OSA), it’s a sign of a bigger problem. Obstructive sleep apnea is a sleep disorder in which the muscles in the back of the throat cannot keep the airway open during sleep, causing repeated pauses in breathing for at least 10 seconds. When this happens, the brain wakes the person briefly to reopen the airway, and this pattern of repeated sleep interruptions, which can occur 30 or more an hour, may limit the ability to get the deep and restful sleep needed.
Sleep apnea is linked to a range of health problems such as high blood pressure, heart attack, stroke, obesity, diabetes and even glaucoma. Sleep apnea and sleep deprivation can endanger the person even on the road, but some of the problems can be alleviated or even improved when sleep apnea is treated.
Some health problems that can be encountered if you have obstructive (obstructive) sleep apnea include:

It has been linked to heart conditions such as sleep apnea, irregular heartbeat, heart failure, and heart attacks. In sleep apnea, breathing pauses while sleeping and heart rate drops. When the body wakes you up to breathe again, the heartbeat quickens and blood pressure rises. Sleep apnea lowers oxygen levels in the blood and limits the supply to vital organs. Like other organs, the heart needs oxygen to function properly. The decrease in oxygen also increases the levels of chemicals in the blood that cause inflammation that can damage the heart and blood vessels. While a heart-healthy diet and regular exercise are important, treating sleep apnea and getting enough sleep can also help reduce the risk of heart disease.

2.Sleep Apnea May Increase the Risk of Stroke

It is unclear whether a stroke or sleep apnea comes first, but experts warn that one condition can lead to another. Studies have revealed that sleep-related breathing disorders, including sleep apnea, increase the risk of stroke, and sleep-disordered breathing is common among stroke survivors. Researchers have also noticed that both sleep apnea and stroke share risk factors such as obesity, hypertension, and diabetes. Sleep apnea is strongly associated with atrial fibrillation (irregular heartbeat), coronary artery disease, congestive heart failure, and diabetes, which are risk factors for stroke.

3-Sleep Apnea Can Cause Weight Gain 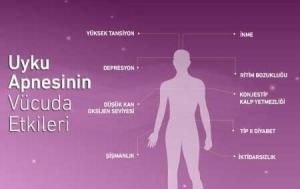 Although not everyone who is overweight or obese does not have sleep apnea, people who are obese are more likely to be diagnosed with the disease. If you have sleep apnea, there is also a risk of gaining weight. When weight is gained, fat can accumulate in the neck and prevent breathing while sleeping at night, leading to sleep apnea.
When it is not getting enough sleep, the body cannot produce enough leptin hormone, which helps reduce hunger, which regulates appetite. The lower the leptin levels, the more difficult it is to control appetite and lose weight. On the other hand, sleep apnea can cause the body to release more of the ghrelin hormone (the hunger hormone). Due to the increase in this hormone, the desire to eat carbohydrates and sweets increases. Foods consumed in a state of persistent fatigue may not be converted into energy efficiently, which can result in weight gain. Sleep apnea can also increase the risk of excessive daytime sleepiness, which can reduce the level of physical activity and cause weight gain. Losing 10 percent of body weight can reduce the severity of sleep apnea or eliminate it altogether.

4- Sleep Apnea Can Cause Acid Reflux

There is no evidence that sleep apnea causes this type of heartburn, but many people say it is a problem. Sleep doctors say treating reflux improves apnea symptoms for some people, and treating sleep apnea helps with reflux symptoms.

Sleep apnea can worsen the situation if you already have it. When a person wakes up frequently at night, his body becomes stressed. When breathing is paused and the oxygen level drops, the brain sends a message to increase the adrenaline in the body, causing the heart to pump more and the blood vessels to constrict. These changes occur in an effort to increase the amount of oxygen available to the heart and brain, but also cause intermittent increases in blood pressure. These changes 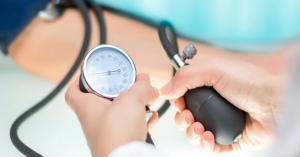 The research, which includes a meta-analysis of 39 studies on sleep apnea and metabolic syndrome, published in the World Journal of Diabetes in April 2018, is the name of a group of risk factors that increase your risk of sleep apnea and heart disease, diabetes, stroke and other health problems. show a link between the metabolic syndrome.
A person has metabolic syndrome if they have three of the following risk factors:
-Hypertension
Abnormal cholesterol levels
High blood sugar
Increased waist size or excess belly fat in the stomach area
-High levels of fasting blood sugar

8- Sleep Apnea Can Affect the Brain

Sleep apnea can have a negative impact on cognitive functions. Sleep apnea has been found to be associated with cognitive impairments such as decreased concentration and attention, impaired motor skills, and even poor memory. For example, a study published in the Journal of the International Neuropsychology Association in March 2019 found that people with untreated sleep apnea had more problems remembering certain details about their life than those without sleep disorders. In addition, sleep apnea can also cause headaches. Since sleep apnea limits the oxygen level to the brain, people may wake up with a headache.

9-Sleep Apnea is Linked to Depression and Anxiety

Obstructive sleep apnea is associated with major depression regardless of factors such as weight, age, gender, or race. In a study that evaluated 284 people newly diagnosed with sleep apnea in January 2016, researchers found that 15.5 percent had persistent, mild depression and 6 percent had major depression. Researchers also found that obesity, excessive daytime sleepiness, low physical activity, insomnia, poor quality of life, and use of sleeping pills are associated with depression.
Treating sleep apnea can help relieve symptoms of depression. In one study, approximately 73% of subjects suspected of having sleep apnea had significant depression. After receiving continuous positive airway pressure (CPAP) therapy for 3 months 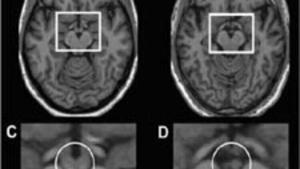 this number dropped to 4 percent. Other research has found that CPAP therapy can reduce symptoms of depression in people with obstructive sleep apnea and cardiovascular disease.

10-Risk of Glaucoma is Higher If There is Sleep Apnea

Studies show that people with sleep apnea are more likely to develop glaucoma, an eye disease that can eventually cause vision loss than those without apnea. It is not yet fully understood how sleep apnea can cause glaucoma, but as with other health problems associated with sleep apnea, researchers hypothesize that the eye disorder may be caused by a reduced level of circulating oxygen in the blood.

11- Sleep Apnea Can Cause Adult Asthma

Science has not proven a link between obstructive sleep apnea and asthma, but people who are treated for sleep apnea may find they have fewer asthma attacks.

Lack of sleep or not getting enough sleep can cause fatigue and increase the risk of falling asleep behind the wheel. Studies have shown that in addition to the health effects of insufficient sleep, sleep apnea also increases the risk of accidents while drowsy driving. People with sleep apnea are 2.5 times more likely to have a traffic accident than those who do not have apnea and sleep normally. Due to sleep apnea, people may sleep behind the wheel or experience minor sleep attacks. These attacks are moments of short sleep lasting 1 to 30 seconds that the person does not even realize that they are experiencing. All of the health problems associated with sleep apnea can be scary, but there are many ways to treat them. Those who suspect that they have sleep apnea should seek treatment as soon as possible. If sleep apnea is treated, the health risks associated with it can be reduced. Some people may be a little reluctant to go to a doctor and do a sleep study because they hear that they need to go to a sleep center to connect to monitors and machines, but the diagnostic process has now gotten easier. For treatment purposes, doctors may recommend a machine called CPAP, which is the short name for continuous positive airway pressure. The machine with the mask attached to a hose can help achieve better breathing and rest needed at night. Although it may take some getting used to, people who use it while sleeping feel better and healthier. There are other treatments available, such as oral apparatus, nerve stimulants to keep the airways open, and various types of surgery. Talk to a doctor about which option will be better and help avoid other health problems.